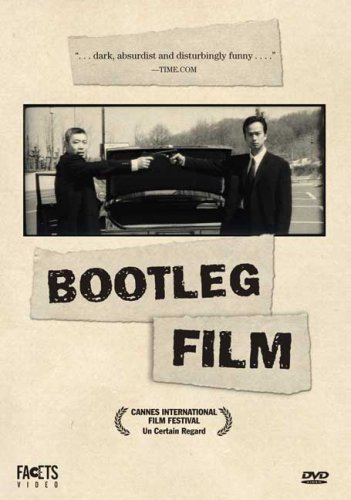 A car drives on the road to a northern town. Its occupants are Tatsuo, a yakuza, and Seiji, a policeman. Both men, although in contrary jobs, are best friends. They are on their way to attend Ayako’s funeral. Ayako was Seiji’s wife… and Tatsuo’s lover. While driving, they talk about Ayako, recalling tender and intimate memories. But these fond moments don’t last for long. Jealousy sticks up its head and soon the two friends are arguing with each other. Enter Yoji and Junko, a young couple who are on their way back from their friends’ wedding. They meet Tatsuo and Seiji and accidentally discover a dead body in the boot of their car. Now they have to continue on the road together with the two men. And from then on, unexpected things start to happen. In 1996, Masahiro Kobayashi made his feature film debut with Closing Time, which captured the Grand Prize of the Yubari International Festival of Fantasy and Adventure Films. In his second movie, Bootleg Film, Kobayashi skilfully plays with irony, genre conventions, the cop, the gangster and the road movie to create a captivating viewing experience. Akiro Emoto, who plays Tatsuo, could also be seen in Masayuki Suoh’s hit comedy Shall We Dance and in veteran Shohei Imamura’s The Eel and Dr. Akagi. And some of you may even remember Kippei Shiina, who plays Sejii, as one of the protagonists from Takashi Ishii’s Gonin (presented at the 14th Festival).