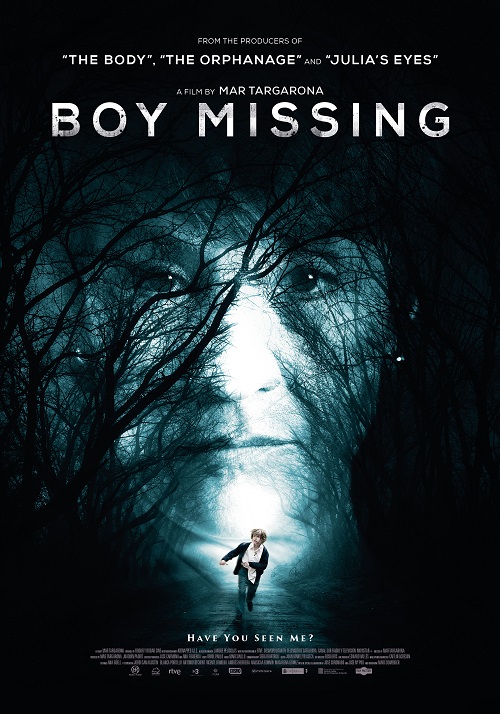 Patricia De Lucas, a reputable lawyer, sees her life turned into a nightmare when her son Victor disappears from school without a trace. Hours later, the boy reappears, bruised and clammy with sweat, claiming that a man tried to kidnap him, but that he managed to escape. The police mobilize and after Victor identifies him in a line-up, they manage to find the man seemingly responsible. But the proof is insufficient and the presumed kidnapper is set free. That is when Patricia, scared and fearing for her son, decides to do what she’s never done before: take justice into her own hands. But the situation gets out of control and her actions will have unforeseen consequences. Boy Missing is a high-voltage suspense thriller from the producers of The Orphanage, Julia’s Eyes and The Body. Packed with twists, this surprising story is penned by Oriol Paulo, the acclaimed writer of Julia’s Eyes and The Body. He has skilfully written this unpredictable, ethically controversial thriller about a mother taking justice by all means. Starring Blanca Portillo (Broken Embraces, Volver), Jose Coronado (No Rest for the Wicked), Antonio Dechent (Oro, Alatriste), Vicente Romero (Cell 211, Even the Rain), Josep Maria Pou (Blancanieves, The Sea Inside) and Macarena Gómez (Shrew’s Nest).