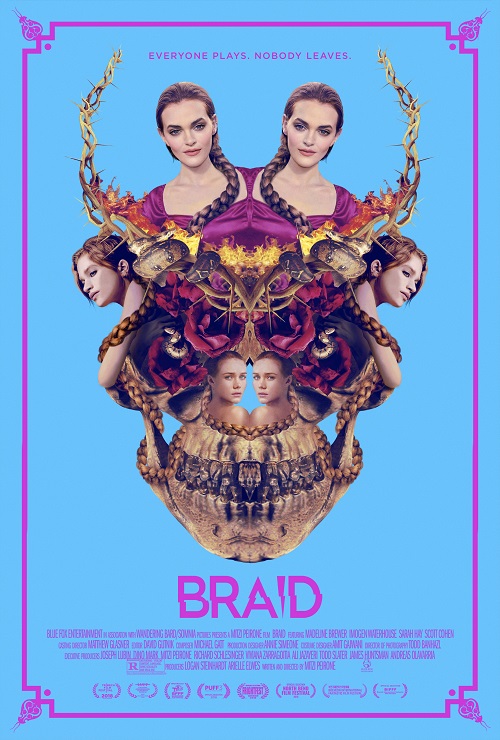 Best friends and drug dealers Tilda and Petula are on the run from the police and decide to visit and rob their rich childhood friend Daphne. Before she lets them in, she has only one condition: they have to play along in a twisted but simple game with very few rules. Slowly but surely, the two friends start losing their grip on reality and let themselves get carried away by the sadistic game. When an all too nosy police detective inquires about their dark past, the bond between the three girls only grows stronger. In a mix of hallucinations, power games, and provocations, they constantly challenge each other and go the extra mile. BRAID is Mitzi Peirone’s directorial debut. She couldn’t have found better actresses for the main roles. Madeline Brewer, known as Janine in THE HANDMAID’S TALE, embodies the slightly twisted Daphne. Petula, who uses her charms exuberantly throughout the film, is brilliantly interpreted by Imogen Waterhouse. Sarah Hay plays Tilda, who flourishes from the timid friend to maybe the most perverse of them all. With its pastel colors and strange camera angles, BRAID is exquisite eye-candy!