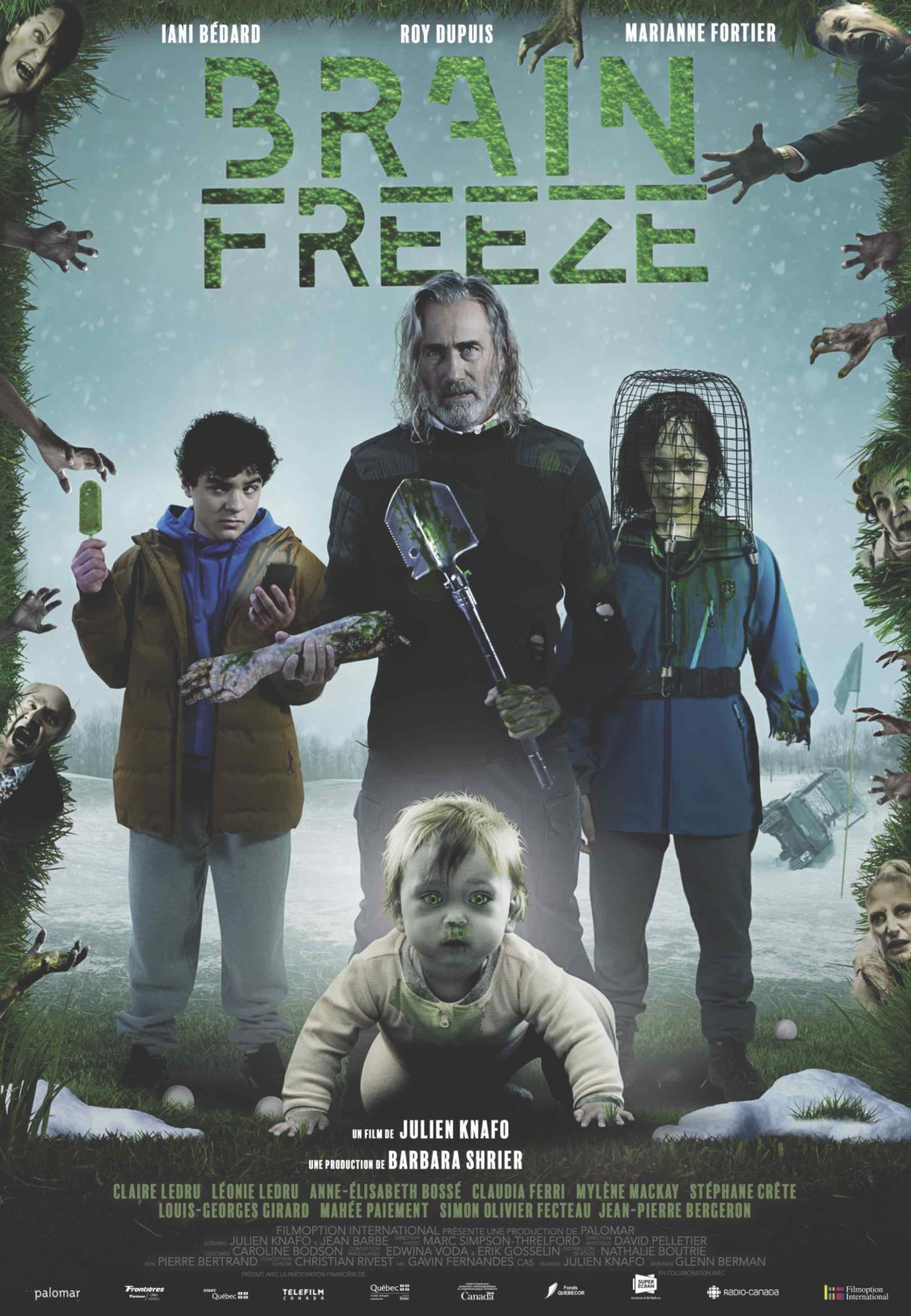 Welcome to Peacock Island, the peninsula where the proud peacocks of Quebec capitalism are happy to idly loaf around, a bourgeois stronghold with no intentions to mingle with the rest of the country. And there’s a new fad in town: playing golf all year long, even during harsh winter months at -30 degrees. In this case the grass really is greener on the other side, thanks to the experimental fertilizer courtesy of Biotech M, a biochemical company much like DuPont and 3M doing what it does best: polluting soil worldwide since 1961! When the stuff gets into the drinking water however, it seems to have a rather peculiar side-effect on the population (including pets), turning them into… zombies! In no time everyone on the peninsula is a bourgeois brain-sucker, everyone except André, a teenager who is just too cool to drink water, his baby sis and Dan, an amateur survivalist who seems to have been preparing all his life for this doomsday scenario. Oh – and of course Dan’s zombified daughter, kept on a leash, trailing and gnawing along. No need to count on their government either, seeing as their crisis management is just scarcely less chaotic than Trump’s, deciding to seal off the whole area Wuhan-style. Fourteen days of quarantine, sure why not – we’ve all been through that at one point – but what if the neighbor starts harassing your front door in order to get to the delicacies of your frontal lobe?