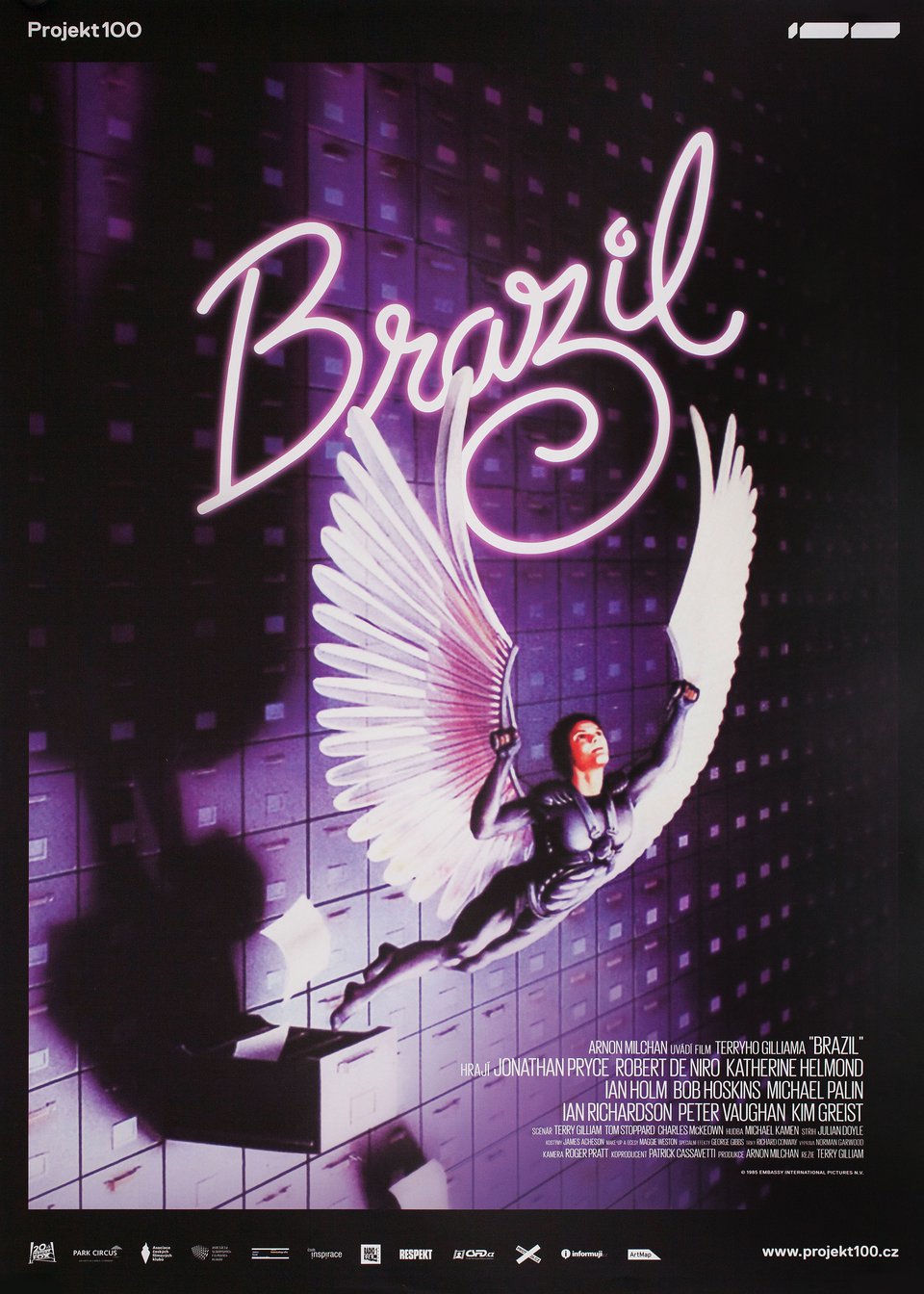 BRAZIL takes place in a vague but yet slightly familiar future. We are located in the heart of a metropolis that is being terrorized by a omnipresent, pompous and outdated mechanism. A ministry of information regulates the daily life of each citizen down to the last detail. In this Kafkaian imperium lives a modest, somewhat dreamy and humble man: Sam Lowry. He’s a hardworking servant at the ministry who doesn’t cherish any ambition and has accepted his desperate life that only becomes interrupted by his heroic and romantic dreams. A smacked fly that ends up in a computer and takes the thing out of order, changes the until then steady life of Sam and turns it into a true nightmare. Terry Gillian who we already know of Monthy Python’s Flying Circus delivers a masterpiece with both humoristic and gruesome touches. It’s a film that breathes an Orwellian atmosphere and contains unforgettable images. He directed Jabberwocky and Time Bandits, but it’s not until now with Brazil that he expresses himself as a genius sculptor who we cannot miss anymore in the future.