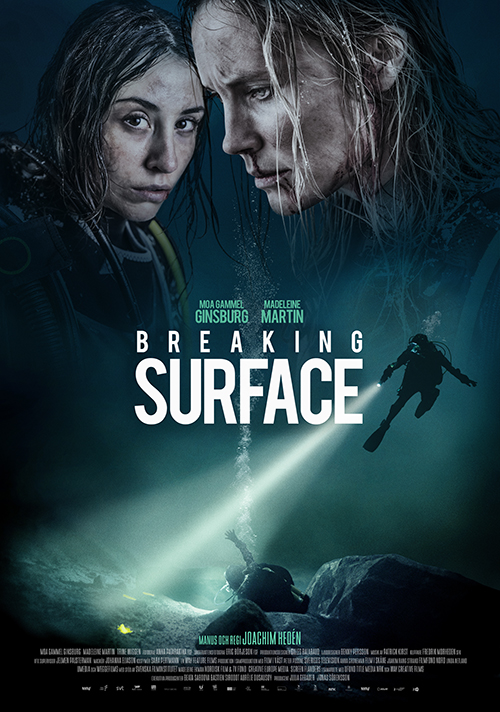 A couple of days after Christmas, Ida and Tuva, two adventurous sisters, decide to sweat out the holiday calories. The average mortal would just opt for a Basic Fit subscription which they’d forget some weeks later. But these sisters aren’t your average mortals. No, what better way to burn away some calories than to take a fresh winter dive at the remote fjords of Northern Norway! Glaciers, floating ice blocks and massive rocks as far as the eye can see at temperatures even a freezer could get a cold from… But 65 feet under the sea level, things go awry. A landslide occurs when the ladies are cave-dwelling and Tuva gets stuck under a huge rock. Above water that same landslide smashes their phones and car keys under similarly large pieces o’ stone. Ida desperately searches for help, but in a region with less than 1 person per square kilometer, that’s going to be tricky. And Tuva doesn’t have 127 HOURS of oxygen… Survival of the (basic) fittest! The sisters aren’t spared anything: claustrophobia, asphyxia, panic attacks… You name it, it’s there! Plus stunning underwater scenes that we’re proud to say were filmed just around the block, in the gigantic water bassins of the Lites Studios in Vilvoorde.