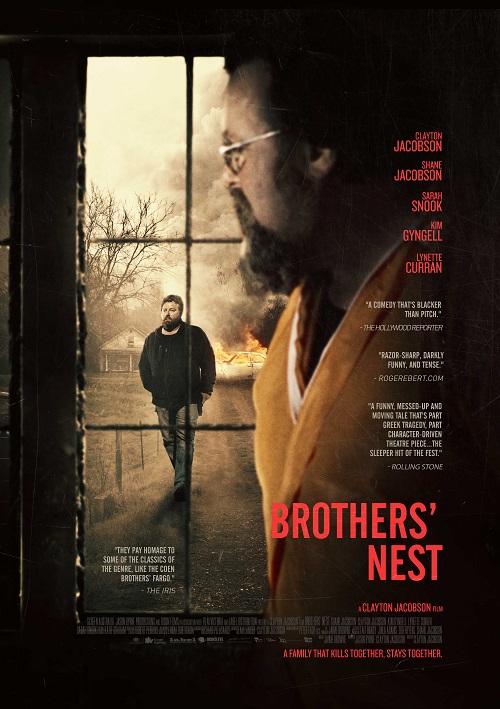 At dawn in the Australian outback, two men in flashy orange overalls arrive by bike. They quickly sneak into an empty house. An ordinary robbery? Well, think again. The two men, Jeff and Terry, are brothers. Their mother is dying of cancer and intends to change her will so the house, the land, and the horse will go to their stepfather Roger. Wanting to secure their inheritance, they think of no better plan than to stage Roger’s suicide. Jeff seems to have seen and read every existing crime story and has a waterproof plan. If only Terry didn’t have his doubts. Failing to plan is planning to fail. Right? This Australian thriller begins as a laid-back crime story featuring two brothers. But not to worry, this doesn’t last long. Coated with Coen brothers’ style black humor, the plot gets a true Hitchcockian tail when the siblings are pushed to their limits in order to see their plan through. It’s a Greek tragedy with enough blood, betrayal and dysfunctional family fights to make the ancient writers jealous.