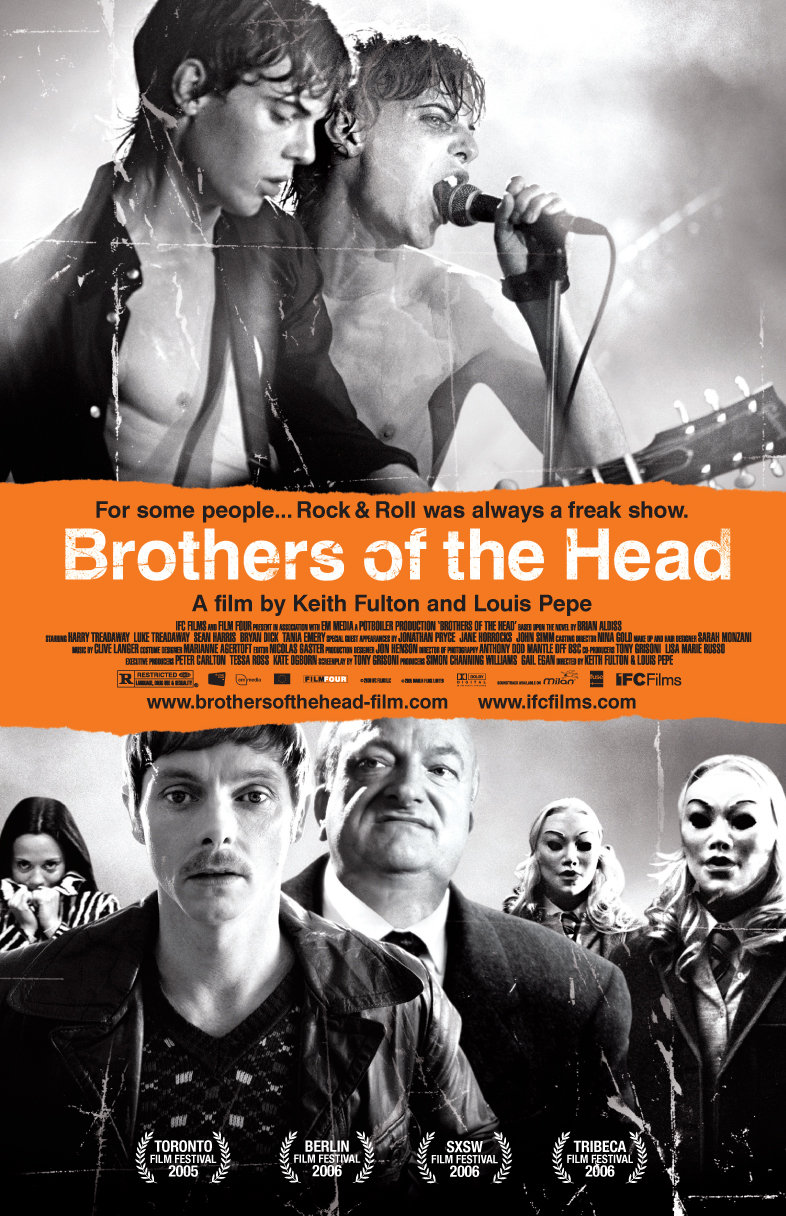 BROTHERS OF THE DEAD

Tom and Barry Howe are twins. They are joined at the chest and share a liver. They’re teenagers with quite distinctive personalities. Barry is the more mischievous, hot-headed of the two, while Tom is more reserved and thoughtful. They are plucked from rural obscurity by a 70ties music promoter, groomed into rock stars and soon launched on an unsuspecting music scene as The Bang Bang. Grappling with impossible love, artistic rivalry and a dark inner life, the twins embrace their freakishness and spit it back in the form of searing punk rock. Brothers of the Head is the debut long feature of Keith Fulton and Louis Pepe, makers of the acclaimed documentary Lost in La Mancha. It‘s an unclassifiable tour de force. Neither truly fake documentary nor concert tour film, the movie feels most like underground horror, with characteristic physical expressions of psychological trauma in abundance. This should come as no surprise, as the film is based on a novel by sci-fi guru Brian Aldiss. It also benefits from a terrific soundtrack, a sweltering hybrid of Small Faces-styled classic rock and early, hyper- angry UK punk, and the astonishing performances from real-life twins Luke and Harry Treadaway.