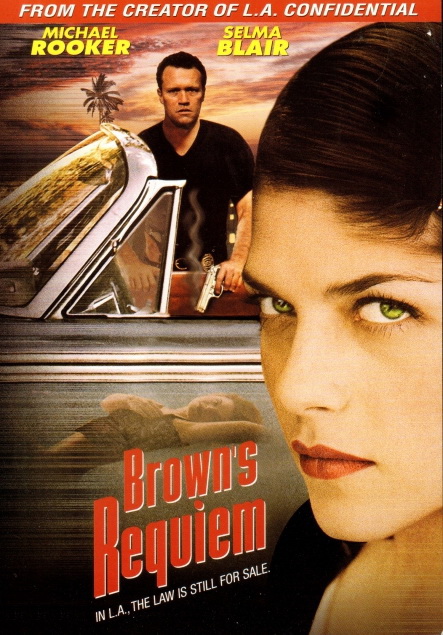 This is the story of Fritz Brown, a man who has nothing and still manages to lose everything. After a boozy stint in the LAPD, Fritz spends his sometimes sober days repossessing cars and listening to Beethoven in his run-down PI office. When Fat Dog Baker, a maniacal caddie, whose wad of $ 100’s is nearly the size of his gut, knocks on his door, Fritz’s life changes forever. Fat Dog hires Fritz to rescue Jane Baker, a sexy 17 year old who Fat Dog claims to be his sister. She’s living with Sol Kupferman, a 70 year old Mafia insider, with a pair of red Rolls Royce’s parked in front of his posh Beverly Hills mansion. The twisted trail that Fritz follows leads him back to Haywood Cathcart, head of LAPD internal affairs, top notch scumbag and the reason that Fritz got kicked off the police force. What are Solly Kupferman and Haywood Cathcart up to ? How did Jane Baker get shacked up with Solly K ? And why does Fat Dog turn up mutilated and decomposing in a lonely shack in Ensenada ? As Fritz investigates, he’s propelled on a collision course with Haywood Cathcart. And this time around he stands to lose much more than his job. But if Fritz Brown can’t save himself, maybe he can save Jane Baker…
After L.A. Confidential, Brown’s Requiem is another cinematic excursion into the dark universe created by James Ellroy, the demon dog of American literature. There are no angels in Ellroy’s Los Angeles. It’s a seedy, decadent, rundown place where you can not tell cops and robbers apart. Greedy self-interest is the main drive of most of his colourful characters. This is no different in Brown’s Requiem, directed by newcomer Jason Freeland. Michael Rooker (Henry : Portrait of a Serial Killer, Cliffhanger, Bram Stoker’s Shadowbuilder) plays Fritz Brown, a man with a past and maybe no future to look forward to. Jane Baker, the girl who might be his salvation or his downfall, is a part by Selma Blair (Girl, In and Out). Brion James (Blade Runner, The Fifth Element) delights in playing a complete and utter bastard like Haywood Cathcart. Will Sasso (Beverly Hills Ninja) comes to a gruesome end as Fat Dog Baker and Harold Gould (The Sting) is Sol Kupferman.