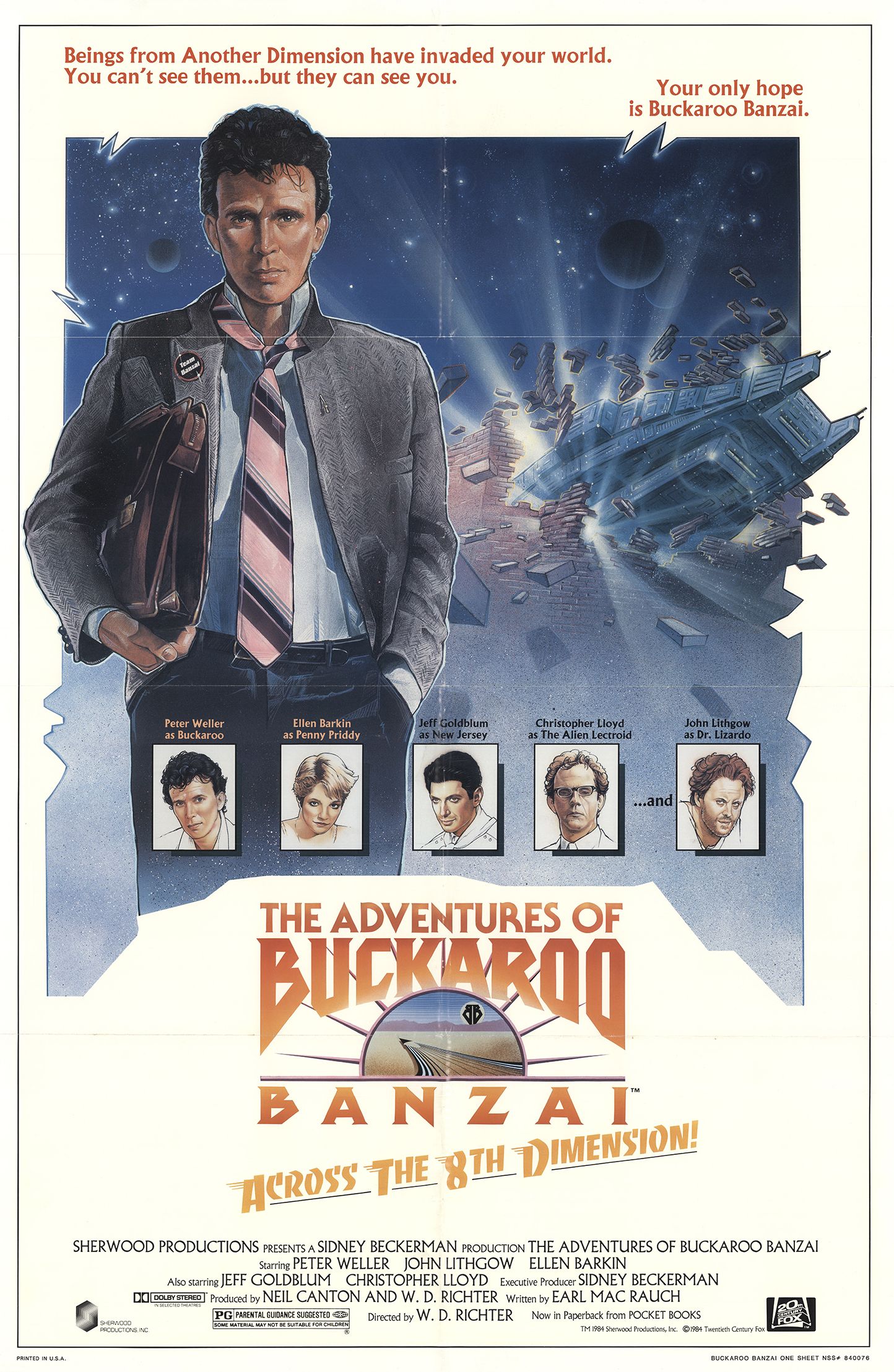 Buckaroo Banzaï. The respected neurosurgeon who handles a scalpel like no other. The fearless fighter who has mauled many opponents. The casual rocker that made thousands of women fall in love with him. Buckaroo Banzaï, an exceptional hero. Following the footsteps of his father who is just as versatile, he informs the world of the existence of the eighth dimension: the space that exists in matter. But he wasn’t the first to discover this. 46 years ago the vicious Dr Lizardo came to the same conclusion.
He, however, was seriously impressed with his discovery, so much that it slowly made him go bonkers and joined some aliens that had stranded on earth through the eighth dimension. Now he and the aliens are cooking up a plan to conquer their home planet. Only Buckaroo Banzaï can prevent this monstrous plot, spawned from Lizardo’s diabolical brain. Buckaroo Banzaï was filmed like a comic book. This work, that displays a hilarious simplicity, is a debut film of W.D. Richter, who has the screenplays of The Invasion of the Body Snatchers (Kaufman) and Dracula (Badham) parading on his filmography.