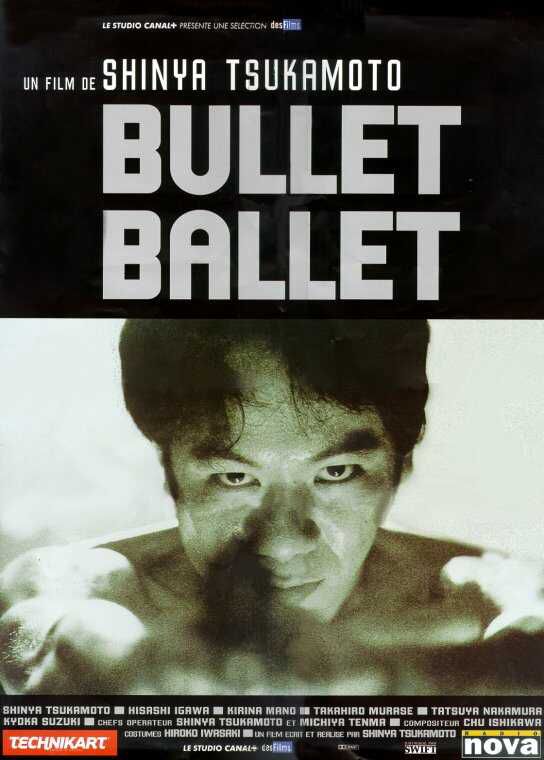 When Goda’s girlfriend commits suicide with a gun, Goda enters a deep depression. One night a street gang assaults him. He decides to seek revenge upon the gang and starts roaming the city in search of a gun. He is drawn deeper and deeper into an imminent gang war.
Shinya Tsukamoto, director of Tetsuo and Tokyo Fist, is back in full force. In his latest film, Tokyo has become a high-tech cyberspace environment. The main characters in the Tetsuo-films, the first generation of mutants, responded to the rapid changes in their technological surroundings by transforming themselves into iron. In Bullet Ballet, these mutants stand against the second generation of mutants. They lead a translucent existence without contact with the physical world, driven by a desperate wish to restore their corporeal existence through pain and death.