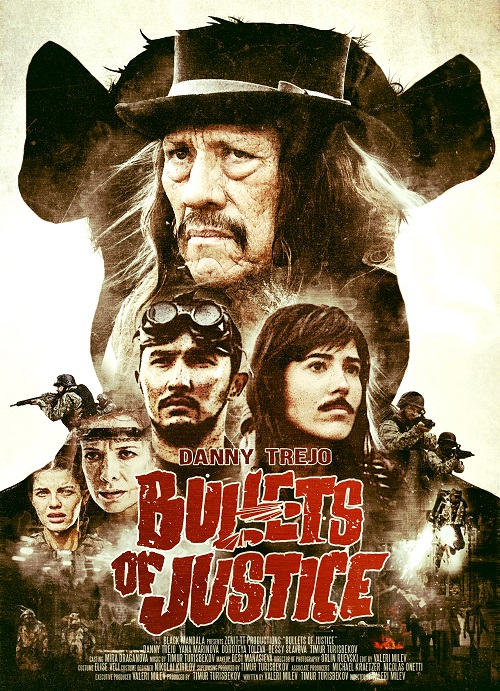 “All you need to make a film is a girl and a gun” Godard once said and in that sense BULLETS OF JUSTICE is a very Godardian film: bullets, boobs and butts (though not exclusively female), adding mutant pig-men to the mix because… mutant pig-men! Muzzles, as these human-pig hybrids are called, were created in World War III to serve as docile über soldiers but things got out of hand – how could they not? – and 25 years later they have taken over the top position in the food chain, enslaving humans for their delicious flesh! Only one man (and his myriad of scarcely-dressed and/or mustachioed female assistants) can save us: Rob Justice (Timur Turisbekov). He’ll first have to struggle through hordes of piggies, talking assholes, family issues, lots of fucking, time travel and broken English to… save Cristiano Ronaldo in the future-past? To get to the lair of “the Mother”? Whatever his goal, he kicks ass! Director Valeri Milev’s take on the post-pigocalypse movie has its tongue so far in cheek that its jaw hurts. Timur Turisbekov’s Rob Justice is the ultimate parody of the eternal American action hero, starring alongside daddy-o Danny Trejo (MACHETE) and Yana Marinova aka Miss Bulgaria 2004. A great WTF??! experience with eye-popping special effects by Lyudmil Nikolov (HELLBOY, BIFFF 2019 and RAMBO: LAST BLOOD).