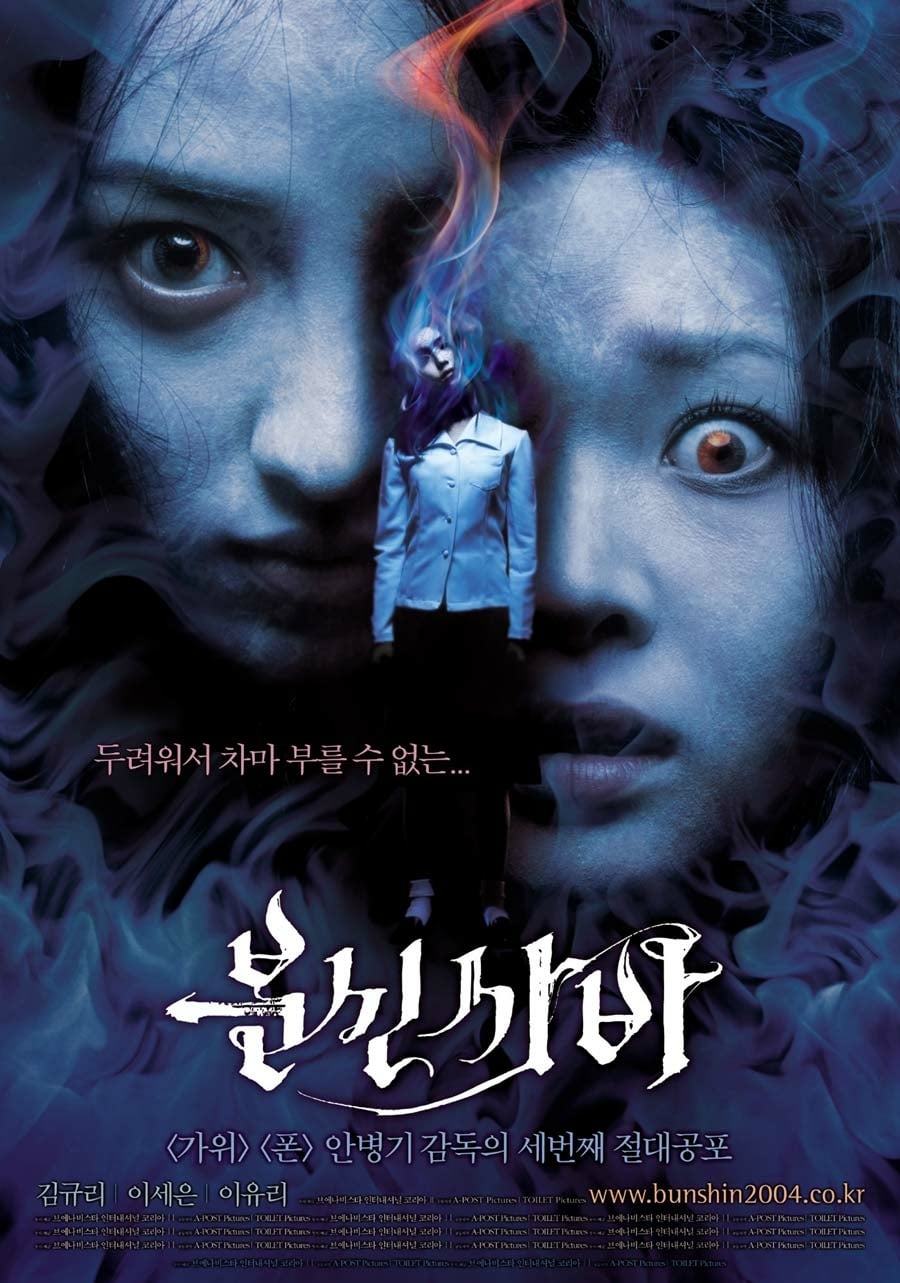 Yoo-jin is transferred from Seoul to a high school in her parents’ hometown. Having a tough time dealing with her new surroundings, she uses an Ouija board to put a curse on her four biggest tormentors. As each of them commits suicide by burning themselves to death, the school is thrown into chaos. At the same time, Eun-ju, the new arts teacher starts having nightmares about In-suk, who died almost 30 years ago under strange circumstances. The Mayor of the village creates panic when he announces that Yoo-jin has inadvertently called upon the spirit of In-suk. He suggests that she and her family are banished from the town but that does not stop more mysterious deaths from taking place. Byung-ki Ahn, the director of Nightmare and Phone (festival 2004) has always managed to make films that, while following the conventions of the horror genre, have a peculiar voice of their own. Bunshinsaba deals with how we, as a group, ostracize those from the outside. It‘s fast paced, creepy and atmospheric, with enough twists to keep you gripped till the end. With See-eun Lee (Bloody Beach) as Yoo-jin and Gyu-ri Kim (Whispering Corridors, Nightmare) as Eun-ju.