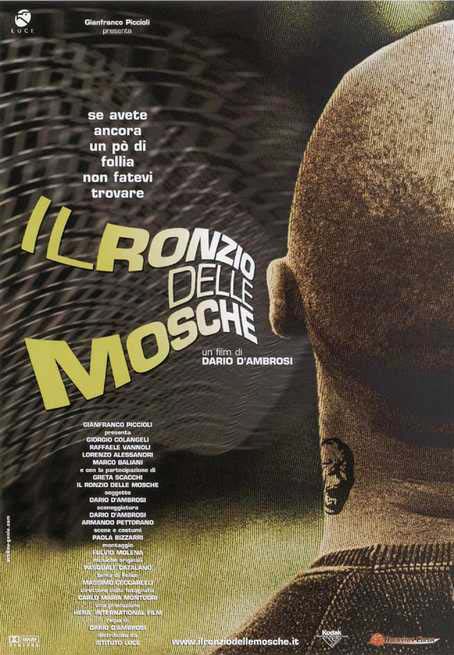 A team of doctors and scientists is working on a new ambitious project to bring back madness to the world in order to fight boredom and depression. They capture the three last madmen on the planet : Franci, a rated painter; Matteo, who lives in a world of his own, and the sweet and sensitive Felice. First the trio are put under intense observation. Then, with a bizarre ploy, they are subjected to therapy that brings them back to their original daily life, probably the origin of their madness. In this play-acting, directed by Dr. Gauss, actors are recruited. One of them is Dr. Natalia of the medical team, who’s the only one who feels for them. When the three discover that they are part of an experiment, they plan to kill themselves.

In Buzz, debut director Dario D’Ambrosi has used his long experience as a theatre actor working with the mentally disabled, to present his view on the nature of madness. To him, “crazies” have a pure and innocent view of the world. While trying to capture their specific poetry into images, he could count on the acting talents of Greta Scacchi (The Player, The Browning Version), Raffaele Vannoli (Le sciamane, Zora La Vampira) and Renzo Alessandri (Dear Diary, The Son’s Room).