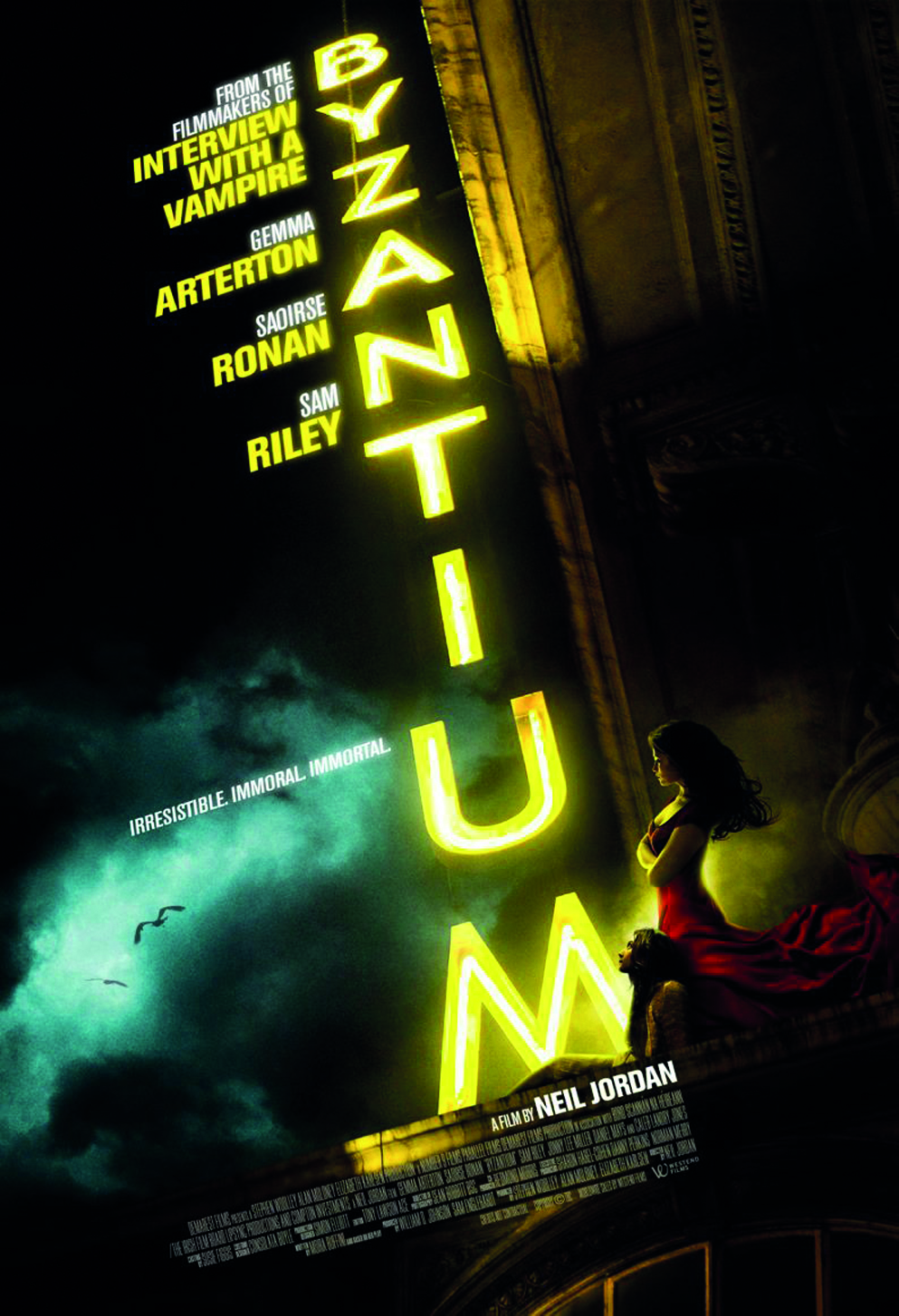 Stripper Clara and her “sister” Eleanor are forced to leave town in a hurry when they get noticed by a mysterious man. They end up in a small coastal town where Clary starts selling tricks at the local fancy fair. One of her clients is the shy and lonely Noel, who own a rundown hotel called Byzantium. Clare convinces Noel to let them move in with him and pretty soon Byzantium becomes her base of operations. Eleanor is rediscovering the town, thinking about the last time they were here… some 200 years ago. Because this is where she was born and where she and her mother were turned into vampires. She longs to find someone to unburden herself and that person is the sickly teenager Frank. But her confession sets a series of events in motion that alerts the Brotherhood of Vampires. Clare and Eleanor are outcasts and have been on the run from them for practically their entire existence. Darvel, the leader of the Brotherhood, has sworn to destroy them and heads for Byzantium. Seventeen years after Interview With The Vampire, Neil Jordan gives us a luscious, highly atmospheric and exciting contemporary vampire drama. The camerawork of DOP Sean Bobbit ( Shame, Hunger, Oldboy ) is a joy to watch, from blood drenched waterfalls and strange crypts to windswept coasts. Saoire Ronan ( Atonement, The Host ) and Gemma Arterton ( Quantum of Solace, Clash of the Titans ) draw all attention to themselves as the drop dead gorgeous mother and daughter vampire pair. Sam Riley ( Control, On The Road ) incarnates their nemesis Darvell.