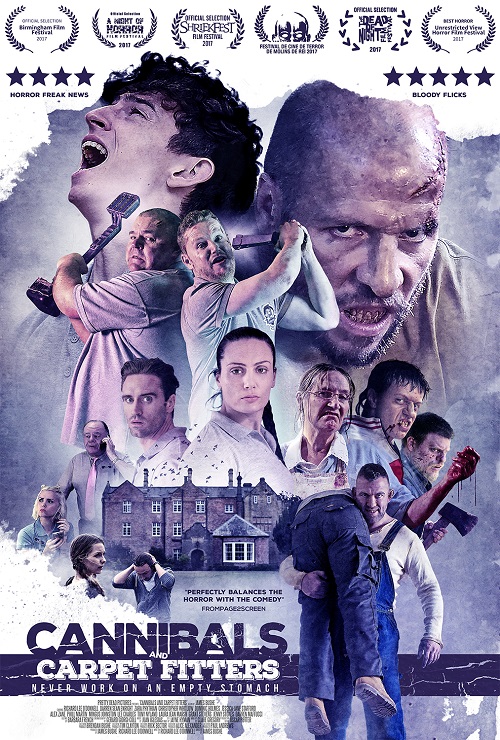 Ah, carpets ! Those woolen or mohair rugs which welcome your bare feet so comfortably… It generates all kinds of fuzzy feelings, but of course, these things have to be sold as well. And apparently, business isn’t exactly booming with British carpet retailers. When Cupid Carpets ( what’s in a name ? ) are given a new assignment, the manager jumps at it as a horny hound at a bitch in heat. Unsuspectingly he sends his team to a remote country house, the home of an amiable matron and her sons, all of whom are ugly as sin. They don’t receive a lot of visitors as they’re in the habit of lliterally throwing themselves at their guests. It takes a while before the carpet fitters put two and two together, but when they finally realize they’re dealing with degenerate man-eaters, the countdown has already started… For Cannibals and Carpet Fitters, James Bushe remade his eponymous short from 2014 as a feature film. You might have seen similar stories in Shaun of the Dead, Cabin in the Woods etc. Yet this is still a finger-licking good midnight movie. At least if you savor lots of blood, sadistic violence, sardonic humor, and silly characters who blindly rush towards their destiny!