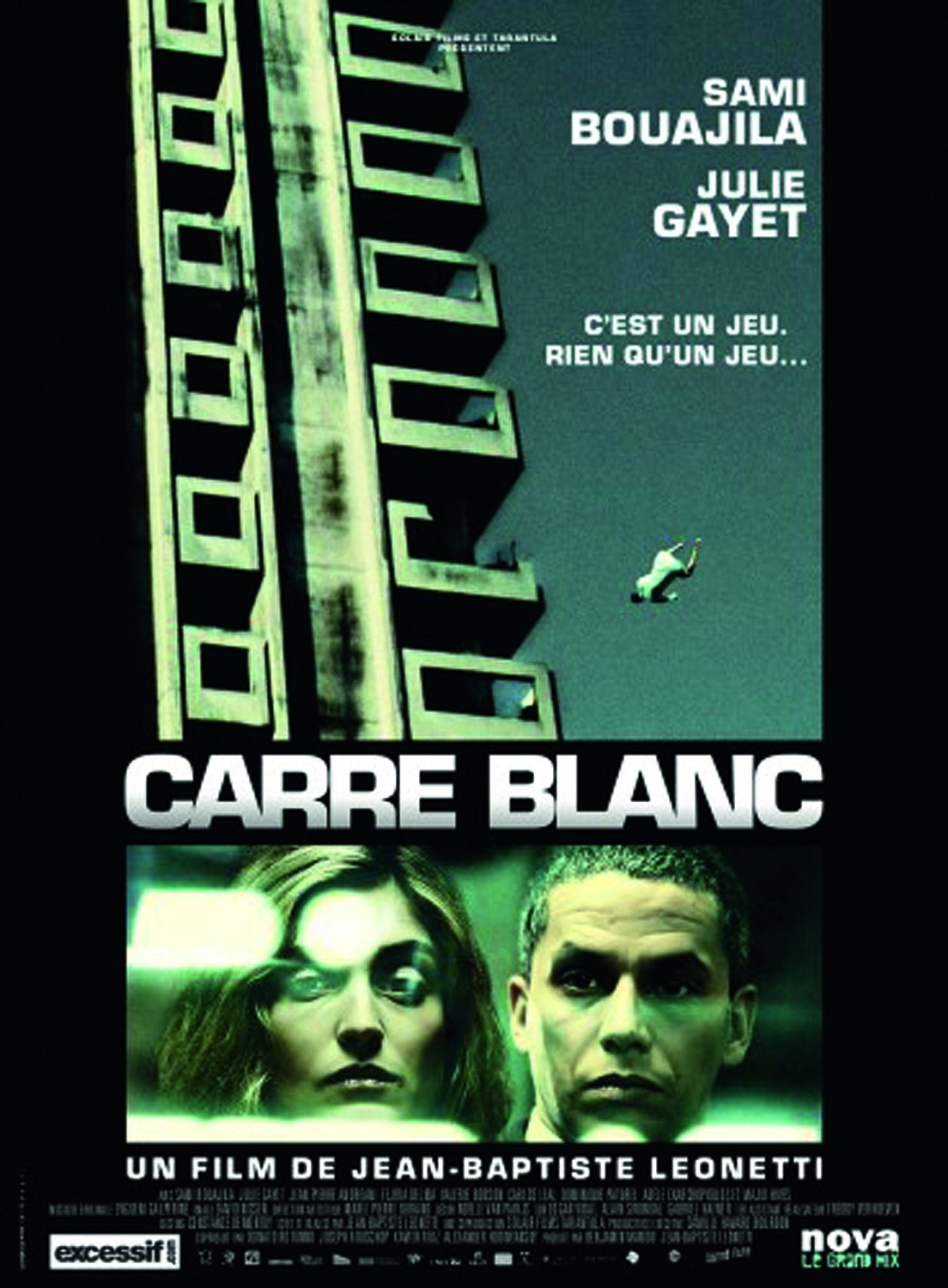 The near future. An authoritarian state. Because population rates are continuously falling, people are encouraged through omnipresent loudspeakers to reproduce and play croquet ( !). Those who die or resist the system are processed into food. Young Philippe’s mother can no longer dead with working in one of those human meat plants and kills herself in front of him. The boy ends up in a state-run orphanage and wants to follow his mother. Marie, his only friend and future wife, saves his life. Years later, Philippe has become an exemplary citizen of society. As an executive in a giant corporation, he submits other employees to a series of bizarre and painful experiments in order to separate the wolves from the sheep. But his success has come with a high price. His relationship with Marie is falling apart. If he wants to win her love again, he has to give up everything he has. But the system known no mercy. The French-Belgian co-production Carré Blanc is one of the most impressive views of a dystopian future we’ve seen in years This brilliant first feature by Jean- Baptiste Leonetti, with influences by Orwell, Huxley, Kafka and Tarkovsky, takes us to a hard and soulless society that is dominated by gigantic, anonymous corporations. Leonetti wraps up his nightmarish vision in astonishingly beautiful back and white cinematography, seamless editing and superb performances by Sami Bouajila ( Days of Glory, Omar Killed Me) and Julie Gayet ( Sélect Hotel, My Best Friend) as the doomed couple Philippe and Marie.