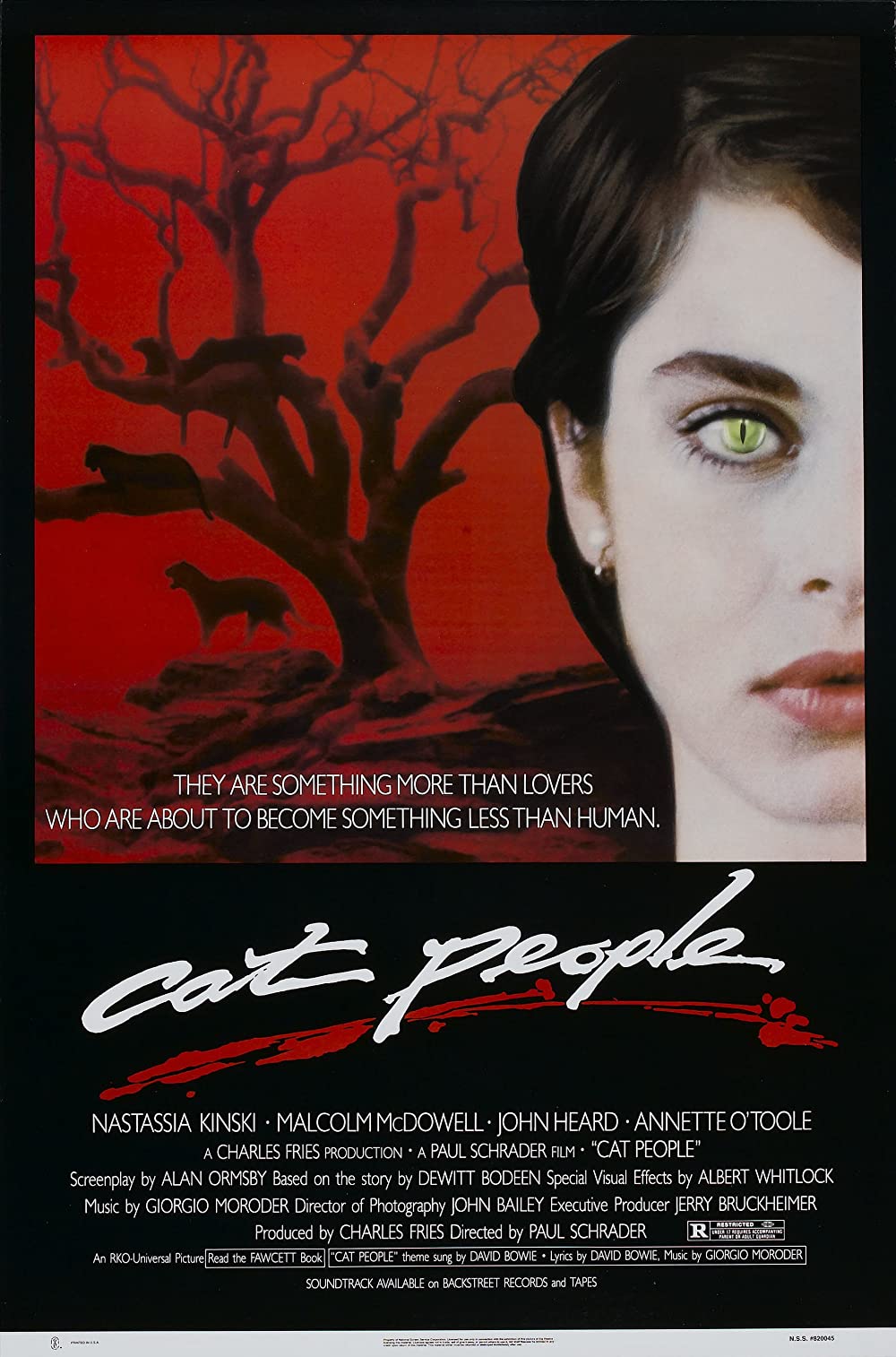 Cat People, one of the most erotic, most perverted films ever made, tells us the story of cat-people and their tragic life.
Paul Schrader, author of «Hardcore» and «American Gigolo», gives a personal note to this remake, without ever leaving the true spirit of the story. He uses special techniques that were unfamiliar or impossible at the time of Tourneur (the hallucinating special effects are by Tom Burman).
But it is mainly the talent of the actors (especially Nastassia Kinski en Malcolm McDowell) that made this film glorious. Through its climate of physical and psychological violence one can expect it will be a classic.
The music by the tandem Bowie/Moroder also deserves great praise.