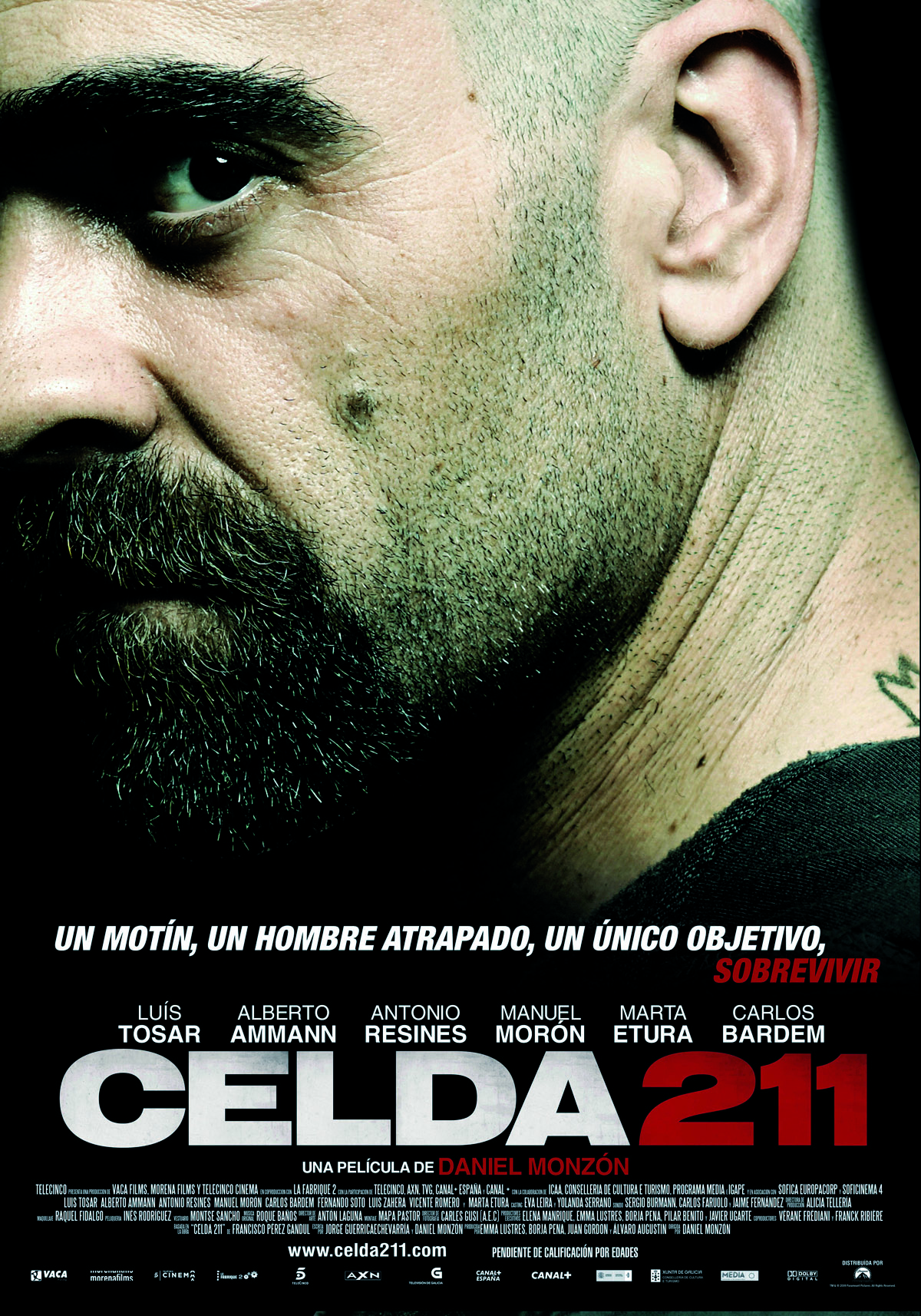 Juan got the winning combination : a new job as a prison warden and a chiquita muy bonita with a bun in the oven. Anxious to please his superiors, he decides to take a closer look at his new working environment the day before his effective engagement. He should have stayed with his chica, because – as the great poet Elvis Presley once sung in Jailhouse Rock – “the joint began to swing” due to an improvised rebellion and Juan gets stuck with the worst Iberian scum imaginable. Finding this first meeting with his inmates a bit rough around the edges, Juan keeps a low profile. He pretends to be one of them when asked by Malamadre, the instigator of the riot. Juan will have to juggle with his lies, the betrayals of the turncoats and, above all, his mixed feelings towards this bunch of bloody bastards with a moral code and the dirty white-collar lechers who institutionalized them. Cell 211, as tense as a tight g-string, is clearly one of those movies that destroy the armrests of the multiplexes. Avoiding the unsophisticated Manicheanism that usually accompanies these kinds of confrontations, Monzon smartly moves his pawns across the prisonbarred chessboard, confirming the huge talent of Luis Tosar ( Mondays in the Sun, Miami Vice, Take My Eyes ) as Malamadre. By the way, Cell 211 was the big winner of the Goya Awards this year, picking up no less than 8 little statues.