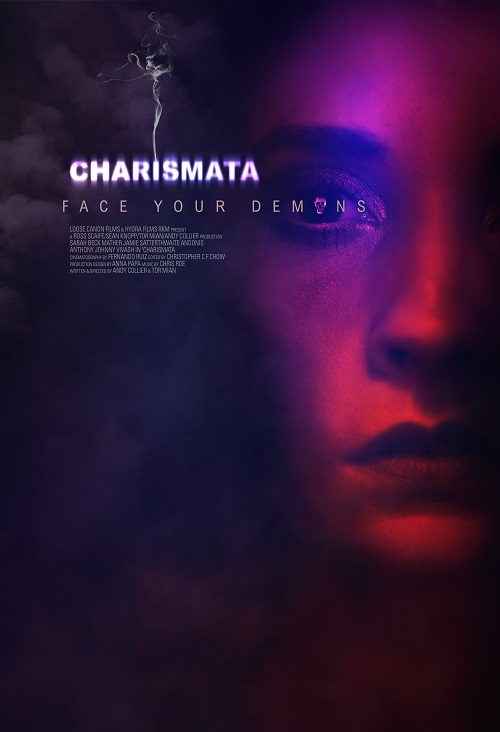 It’s a dirty job, but somebody’s gotta do it. Easier said than done for rookie police inspector Rebecca, who has to pry into the sleaziest crimes. As if that weren’t enough, she has to put up with her male chauvinist pig colleagues and their sick sense of humor. Especially the other half of her detective duo enjoys making fun of her. When they stumble upon a series of ritually murdered victims, they succeed in apprehending a possible perpetrator. But this slick bastard doesn’t flinch an inch and on top of that, he shows up as an uninvited guest in her dreams – or should we say “nightmares” ? Soon she starts questioning her own mental sanity, which wasn’t rock solid to begin with… Brits Andy Collier and Tor Mian won a bunch of prizes at American genre festivals with their first feature as a duo. And for good reason, because Charismata is an intelligent mix of crime drama and satanic horror. Just like in Manhunter ( the first cinematic sighting of our favorite creep, Hannibal Lecter ), heavy emphasis is put on the uncanny similarities between detectives and serial killers. Add to that a creepy atmosphere in the vein of Polanski and you’re all set for a first-rate fright night!