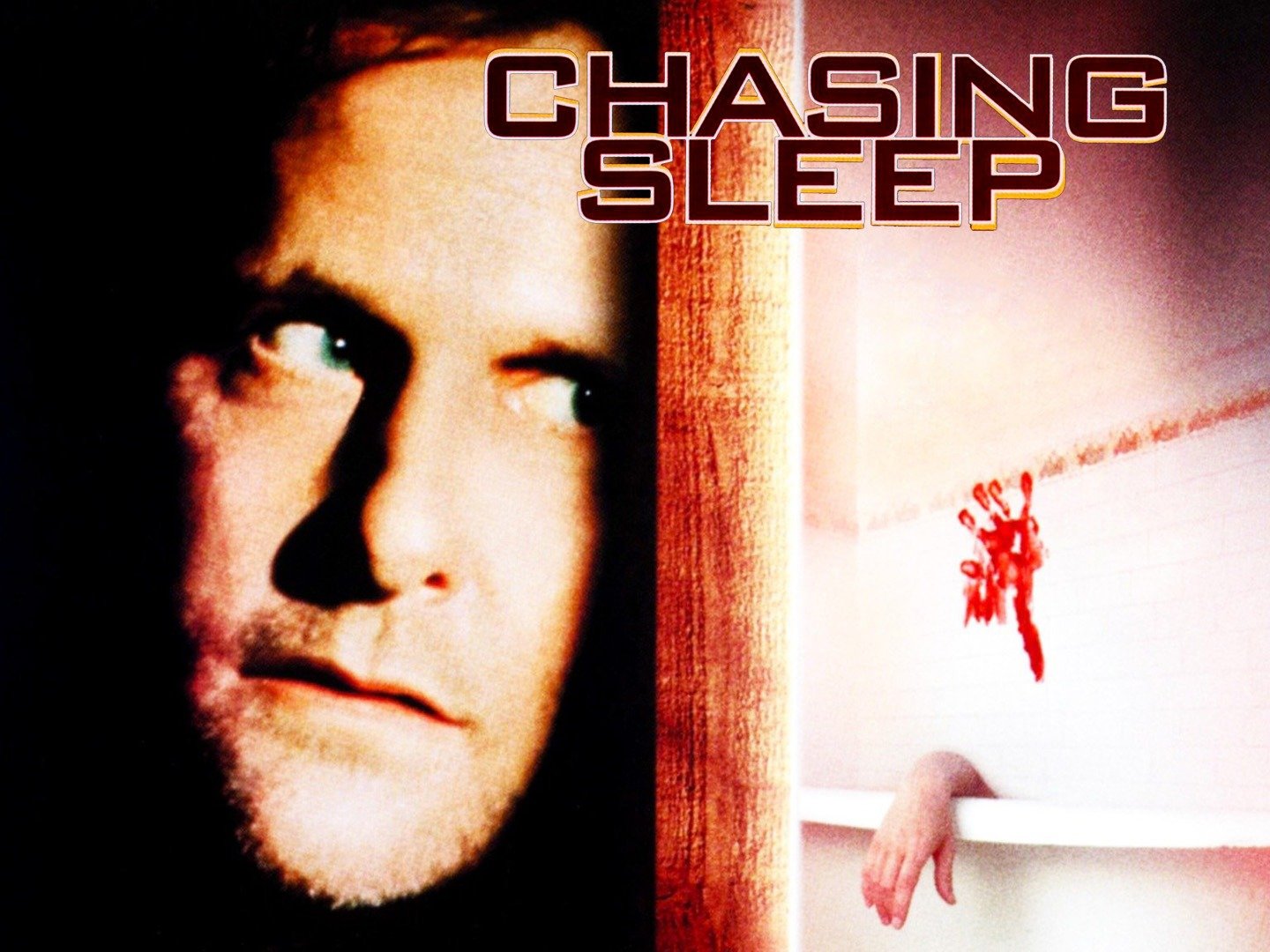 Ed Saxon is an English professor with some books of poetry and short stories to his name. One day his wife Eve fails to return home. After a sleepless night of worrying, he phones the police, still expecting to see her walk through the door. Eventually Sadie, a young, attractive student, drops by, wondering why he has missed classes. Meanwhile, the water pipes in the house start to leak and the plumbing looks as if it needs attention. A detective, Dern, comes by to ask questions and search the house. Unnerved by his chronic fatigue and the attention of the police, Ed is close to losing it. Collapsing into bed, he sees a tiny, strange object under his chest-of-drawers. Chasing Sleep is an elegantly crafted psychological thriller. First time writer-director Michael Walker directs a perfectly cast Jeff Daniels (Arachnophobia, Speed, Pleasantville) in this claustrophobic study of the apparent breakdown of a perfectly normal, well-educated man, which at times suggests Polanski’s Repulsion in its intensity. Walker directs the unravelling of a mind with Hitchcockian precision, inheriting the master’s love of grim, sardonic, black humour along the way. Shot almost entirely within the confines of Saxon’s house, the film is a model of tight, smart efficiency. With an excellent supporting cast, led by Emily Bergl (Carrie II) and Gil Bellows (Tv’s Ally McBeal, The Shawshank Redemption).