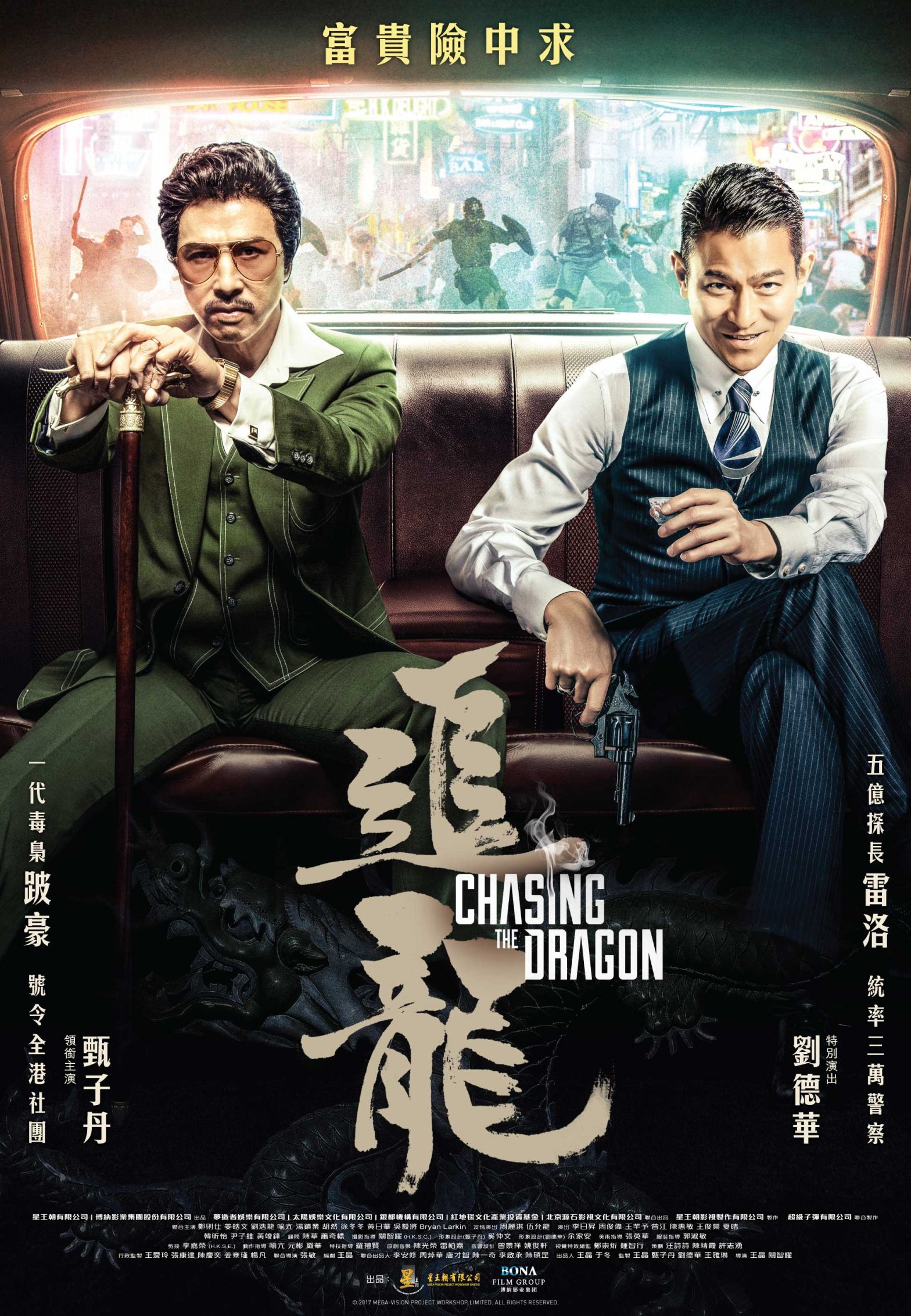 In Cantonese (the Chinese language as spoken in Hong Kong, you dummy!), the phrase “chasing the dragon” refers to inhaling the vapor from a heated solution of morphine, heroin, opium, methamphetamine, and other superfoods… Hallucinogenic drugs are exactly the trademark of Ho the cripple. Once, he sneaked into Hong Kong as an illegal immigrant but now he’s built his own drug empire. To that effect, he’s become pals with police inspector Lee Rock, to their mutual benefit. But then the corruption authorities start putting on the pressure and before you know it, they’re at each other’s throats… Jing Wong is well-known at the festival for his FROM VEGAS TO MACAU trilogy (BIFFF 2017). With CHASING THE DRAGON, he brings us a remake of TO BE NUMBER ONE, which was itself based on the life and times of a legendary real-life criminal. In this smooth cocktail of period drama and gangster flick, we recognize superstars Andy Lau (SHOCK WAVE, INFERNAL AFFAIRS, HOUSE OF FLYING DAGGERS) as the corrupt police inspector and Donnie Yen (ROGUE ONE, IP MANtrilogy, HERO, ONCE UPON A TIME IN CHINA II) as the crippled drug lord.