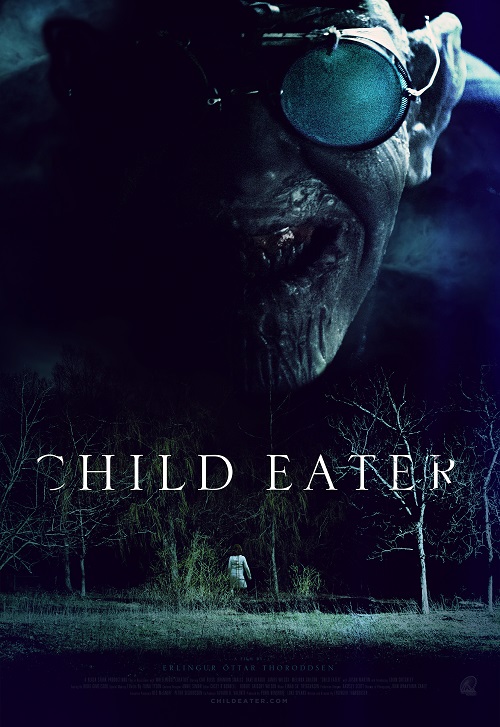 When little Lucas goes missing from his bedroom in the middle of the night, his babysitter Helen ventures out into the deep, dark woods armed only with a flashlight and a fierce determination to find the boy. Every step of the way, she’s painfully aware of the rumors about these woods: This is the home of Robert Bowery, a serial killer who years ago came for the eyes of children in order to keep himself from going blind. But Robert Bowery was stopped and killed. He’s long dead. So why do the rumors persist, decades later? As Helen travels deeper and deeper into the woods, towards an abandoned and rotting petting zoo, she starts to realize that perhaps the stories are all true. Perhaps he’s still out there. Unfortunately, Helen has no clue exactly what kind of horrors she’s in for. The night has just begun. A babysitter. A missing kid. A local legend who feasts on the eyes of children. Child Eater is a nightmarish roller-coaster ride of a horror movie inspired by the fantastical tone of 80ties and 90ties slasher movies. Erlingur Thoroddsen’s eponymous short from 2012 served as a formidable calling card to get the industry interested in turning it into a feature. Thoroddsen doesn’t waste time with elaborate character settings or psychological backgrounds. He goes straight for the jugular, serving up a nice juicy slasher that will take you back to the heydays of Jeepers Creepers and Candyman.