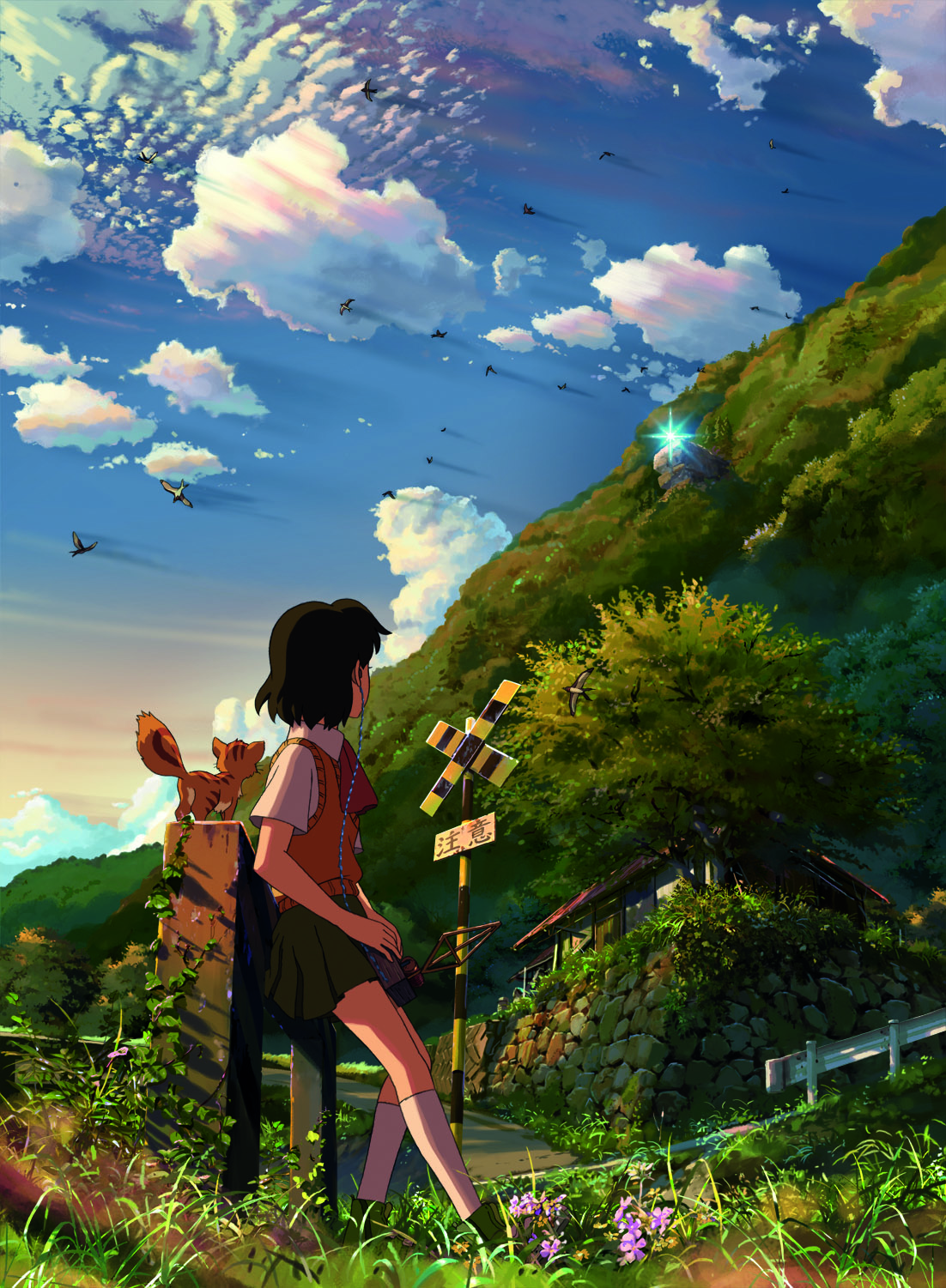 CHILDREN WHO CHASE LOST VOICES FROM DEEP BELOW

Asuna, a young girl, spends her days listening to the mysterious music coming out of a crystal radio given to her by her father before he died. One day, while walking home, she’s attacked by a monster. From out of nowhere, a strange boy comes to the rescue. His name is Shun and he claims to be from Agartha, a world in a parallel universe. They quickly bond, but then Shun disappears. Asuna longs to see her friend again. She gets help from her teacher, Ryuji Morisaki. The man has been searching for Agartha for years, because he believes it’s the place his wife went to when she died. Others are also looking for this mystical world, but their intentions are far from peaceful. The third film from director Makoto Shinkai, already being seen as the next Hayao Miyazaki because of acclaimed anime’s such as The Place Promised in Our Early Days and 5 Centimeters Per Second, is nothing less but a visual masterpiece. Agartha’s landscapes look like richly detailed, beautifully colored impressionistic paintings. Children Who Chase Lost Voices From Deep Below is inspired by the Japanese myth of Izanami and Izanagi, an Asian version of the story of Orpheus and Eurydice, in which Izanagi travels to Yomi, the underworld, to bring back his beloved from the death. This year’s essential rendezvous for anime lovers !