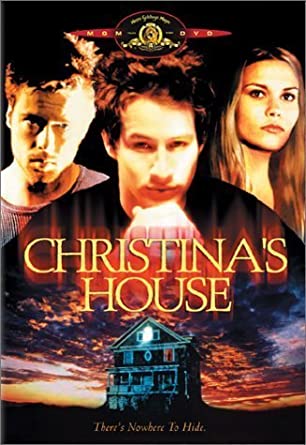 Being a teenager is hard, especially for Christina. Having just moved to a sleepy town in the Pacific Northwest to be near her institutionalised mother, she has to put up with her annoying brother, jealous classmates and her overprotective father. Christina, on the verge of becoming 17, is struggling with her blossoming sexuality while resisting the advances of her boyfriend Eddy. She starts up a friendship with Howie, the handyman who is repairing their house. Christina discovers a growing attraction to him, much to Eddy’s dismay. To make things worse, Christina is convinced someone is watching her. James, her father, thinks she’s losing her mind, just like her mother. Christina hears noises, voices and footsteps coming from inside the house. But she is all-alone, or is she ? And then the madness begins. Christina must get out of this house, but the house won’t let her leave ! The windows are unbreakable, the doors are all doublelocked. Something wants to keep Christina all for itself ! Christina’s House is a hair-raising Canadian suspense thriller from director-writer Gavin Wilding, whose fantasy thriller Convergence featured at last year’s festival. The movie stars Allison Lange (Orange County) as Christina. John Savage (The Deer Hunter, The Godfather III, The Thin Red Line) plays James. Brendan Fehr (Flight 180, Disturbing Behaviour, Tv’s Rosswell) is Eddy and Brad Rowe (Body Shots, Billy Hollywood’s Screen Kiss, Tv’s Wasteland) plays Howie.