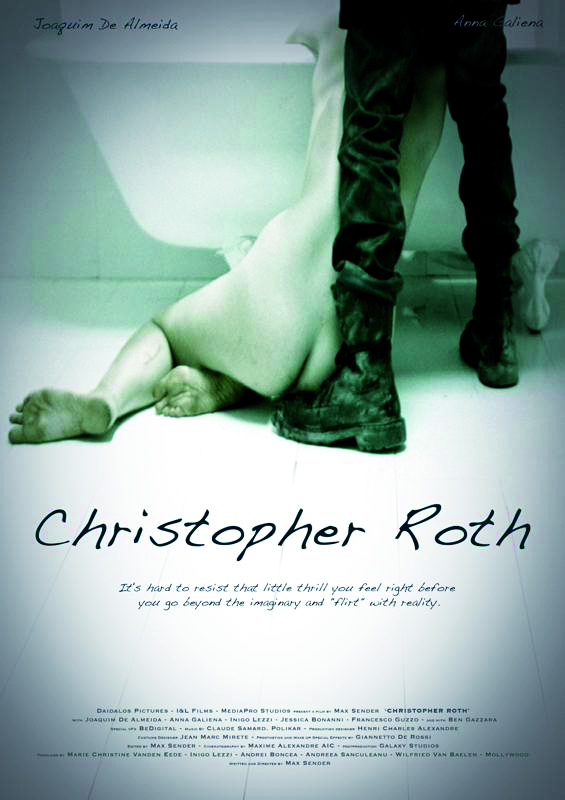 To say that Christopher Roth is a successful writer, would be an understatement. Every time a new book comes out, sales go through the roof, while the critics drip their pencils in acid. You see, Roth writes about serial killers and the like and that is not something that is very much appreciated in those highbrow literary circles. So Roth tells his editor that he wants to switch genres, since he has the strange feeling of being slowly eaten alive by his paper nightmares. Sensing the troubled mind of his goose with the golden eggs, his editor suggests a delightful little holiday to Italy with the wife to get some fresh air and inspiration. But even here, Christopher Roth cannot shake off his reputation as one of the greatest horror writers, especially when a local groupie starts to execute the macabre stories of his books. Maxime Alexandre aka Max Sender, encouraged by his experience as a DOP in the States ( The Hills have Eyes 1, Mirrors and The crazies – also presented at BIFFF 2010 ), delights us with a tense and schizophrenic script that brings some fresh air to the genre. Christopher Roth is served by a three stars cast (Ben Gazzara, Joaquim de Almeida, Anna Galiena), and a smart mix of drama, thriller and horror that does not take the audience for idiots.