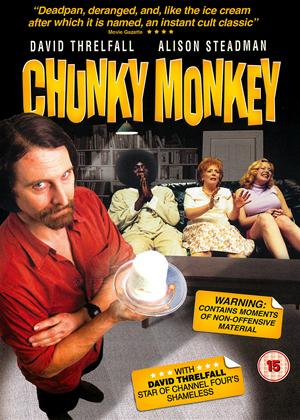 It’s the evening of January 12th in the West London basement flat of vegetable and fitness fanatic Donald Leek. Every Sunday, Donald runs twenty-two miles at speed with his friend Geoffrey. He firmly believes all one-testicled men should be executed. Tonight he’s preparing for an exciting evening with a Julie Andrews look-alike, a single mother he met through the Hounslow and District Activities Network. “Julie” was at one time a semiprofessional chanteuse with a promising future on the club and cabaret circuit. On the second Friday of every month, “Julie” and Donald indulge in a shared sexual fantasy involving Chunky Monkey ice cream and full and lasting penetration, with “Julie” singing “The Hills Are Alive With The Sound Of Music”. But first he must dispose of the body parts of Mr. Azam, the manager of his favourite Indian restaurant…. Vegetarian serial killers, skinheads for Christ, nosy neighbours, porn stars, one-testicled self-made millionaires, Julie Andrews look-alikes and even the reborn Messiah all collide in a small London apartment. Chunky Monkey is the hilariously shocking long feature film debut of British actor Greg Cruttwell (Naked, George of the Jungle, Two Days In The Valley). A strong character-driven script, fine performances and a lawsuit by multinational Unilever over “misinterpretation” of its famous Ben and Jerry’s ice cream have contributed to the success of Chunky Monkey. With David Threfall (The Russia House, Patriot Games), Alison Steadman (Pride & Prejudice, Life Is Sweet), and David Schofield (An American Werewolf in London, Gladiator).