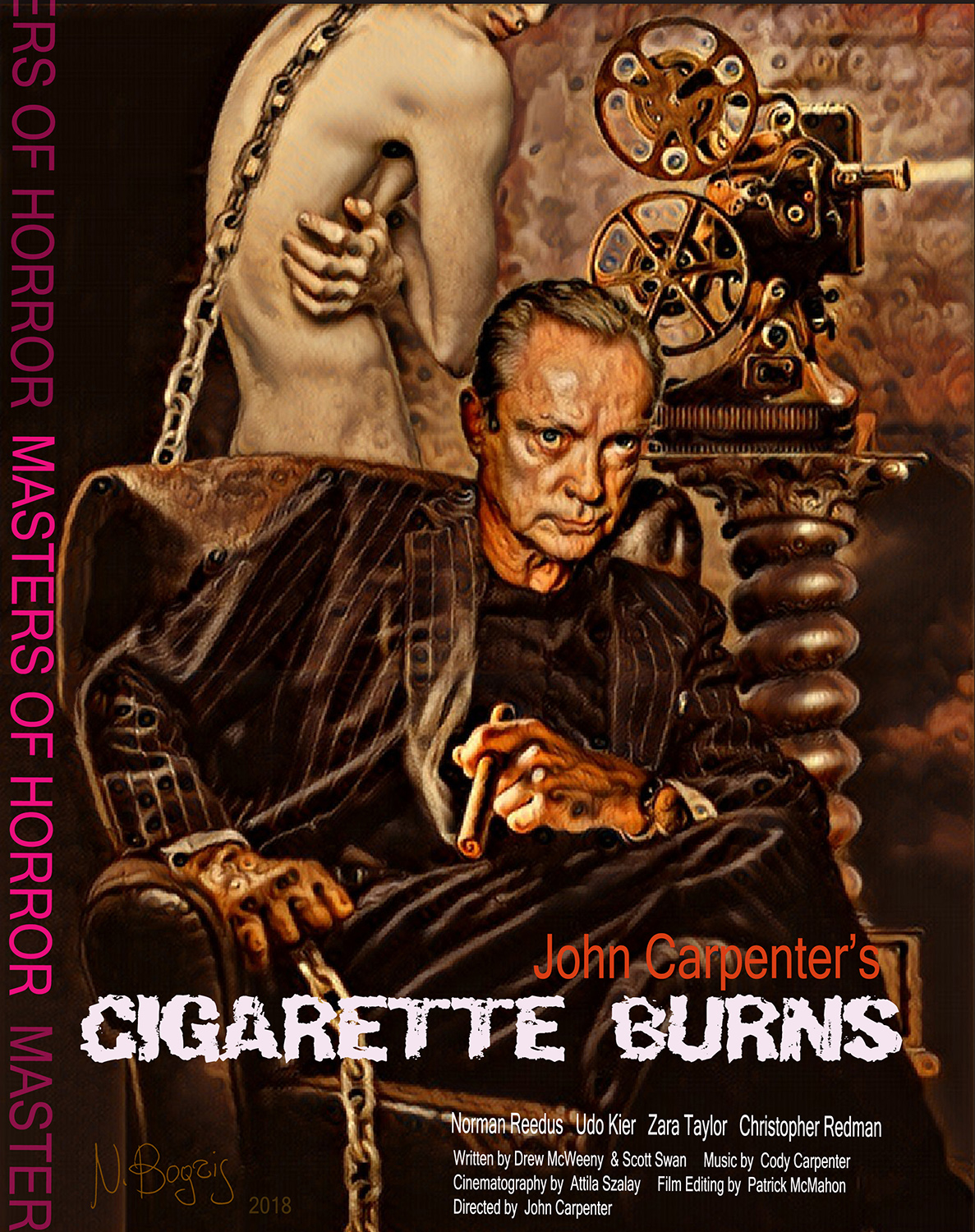 Kirby Sweetman knows how to find rare film prints. However, nothing could prepare him for the daunting search for “Le Fin Absolue du Monde”, a film allegedly only shown once and rumoured to have driven its audience into a murderous frenzy before the theatre mysteriously erupted into flames. Working for a shadowy patron, Kirby’s increasingly obsessive investigation becomes nightmarish and deadly. In Cigarette Burns, John Carpenter explores the often sick collectors cult of movie-buffs. This boldly directed episode employs powerful metaphors to spine-chilling effect.