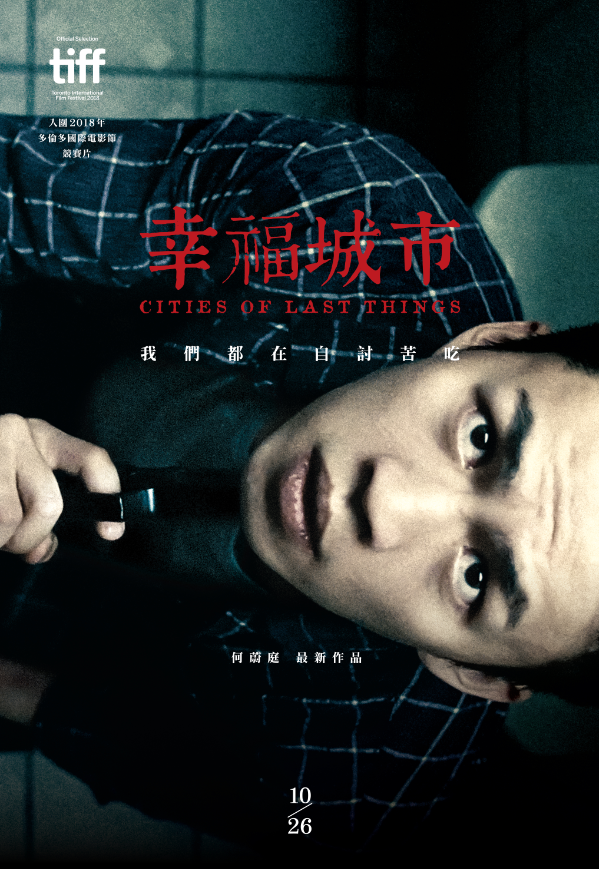 Taiwan in the near future. Middle-aged Zhang is an agitated man. For more than thirty years now, he has lived apart from his wife but he just can’t seem to leave her alone. On a night when she goes tango dancing with her new lover, he shows up unannounced and physically attacks them. After that, he goes and pays a visit to an old acquaintance in the hospital with whom he has a score to settle. How did he get so violent and what has made him so rancorous? We’re about to find out because next we go back in time and learn about the cause of all this. A long time ago, something happened in his marriage that he can’t get out of his mind, no matter how hard he tries… CITIES OF LAST THINGS, a meditative mix between science fiction and film noir, is the brainchild of Wi Ding Ho, born in Malaysia but working in Taiwan. In three segments, each in a different period and with a different style, we witness three deciding nights in the hot-headed protagonist’s life. Male lead Jack Kao is mostly known for his work with Hou Hsiao-hsien (THE ASSASSIN and others). The woman who somehow keeps his faith in humanity alive is beautifully portrayed by France’s Louise Grinberg (THE PRAYER, TOUR DE FRANCE, BREATHE).