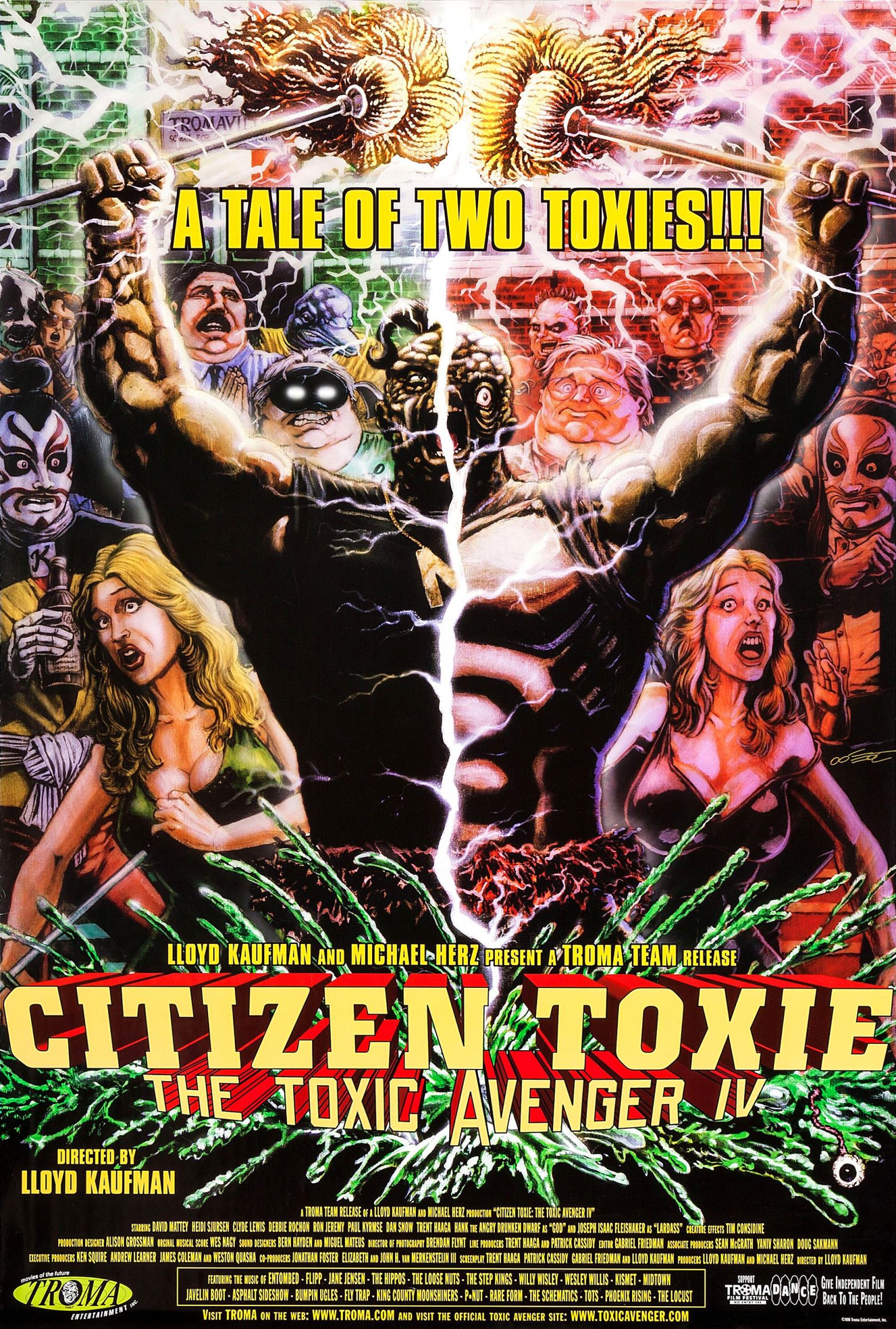 When the notorious diaper mafia take hostage the Tromaville school for the Very Special, only the Toxic Avenger and his morbidly obese sidekick Lardass can save Tromaville. However, an explosion results in some unforeseeable consequences, creating a dimensional tear between Tromaville and its mirror universe, Amortville. While Toxie is trapped in Amortville, Tromaville comes under the control of Toxie’s evil doppelganger Noxie, the Noxious Offender. Will Toxie return to Tromaville in time to stop Noxie’s rampage or is he doomed to remain a second-class citizen in Amortville forever ? How did Toxie’s wife Sarah become pregnant with two babies from different fathers ? And will Tito, the Retarded Rebel, ever get over his teen angst and become a productive member of society ? Everybody’s favourite mutant is back in his fourth big screen adventure, featuring the most formidable line-up of superheroes ever assembled, including Sgt. Kabukiman NYPD, Mad Cowboy, Dolphin Man, Master Bator and the Vibrator. Director-creator Lloyd Kaufman, lord and master of everything Troma (meaning bad taste, grotesque over-the-top violence, big boobs, biting social satire and… more bad taste), has assembled a cast that reads like a veritable reunion of Troma superstars, including legendary porn star Ron Jeremy, Lemmy of Motorhead, Hank the Angry Drunken Dwarf and many others. With Troma, you know what you can expect and in Citizen Toxie you are going to get it in massive toxic quantities.