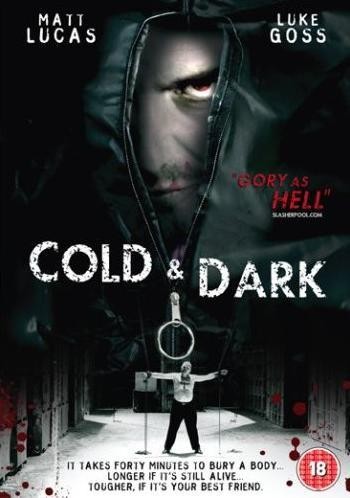 John Dark is an excellent policeman. He looks up to his long-time mentor Detective Inspector Mortimer Shade, who has taught him every trick in the book. Together, they get results, even if it means bending the rules sometimes. When Mortimer is killed by an unknown assailant whilst on the job, Dark tries in vain to knock the killer down with his car. When he returns to the scene, he’s astonished to find Mortimer alive and well. What follows is a series of bizarre killings in which the duo’s gravest adversaries are murdered in a series of bestial attacks. Suddenly, the once untouchable gangsters find themselves prey to a savage brand of justice way beyond official control. When Dark discovers who’s behind the killings, he finds his own morality tested to the very limit. Director Andrew Goth and writer-producer Joanne Reay already visited the festival in 2000 with Everybody Loves Sunshine, starring Goldie and David Bowie. They return in force with Cold & Dark, a spine-chilling fusion between the horror and the detective genre. Shot in a kind of permanent twilight, the two protagonists are caught in a moral limbo, where right and wrong are no longer black and white. The cast is headlined by Luke Goss (Blade II, Silver Hawk) as Dark and Kevin Howarth (Don’t Look Back, The Last Horror Movie) as Mortimer.