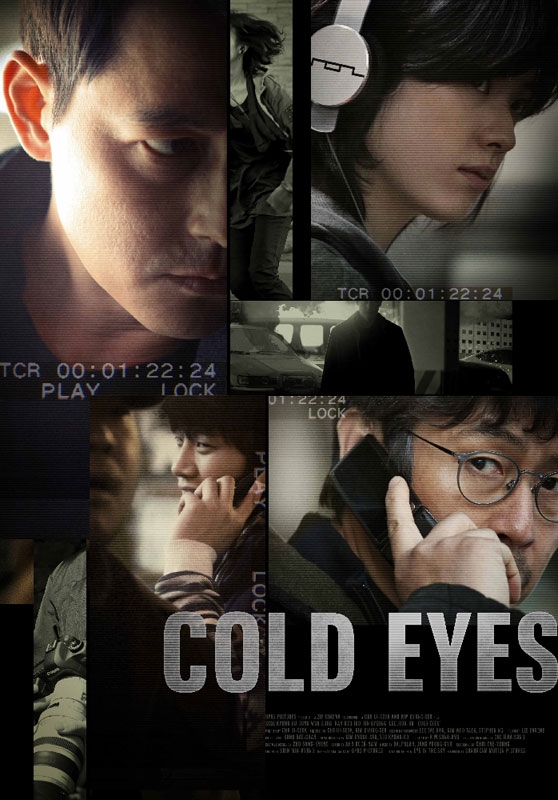 Because of her crystal clear memory, keen sense of observation, and strong concentration skills, Yoon-ju Han becomes the newest member of a unit within the Korean Police Forces Special Crime Unit ( SCU ) that specializes in surveillance activities on high profile criminals. She is assigned under Hwang Sang-jun, the veteran leader of the unit, who is rough, reckless, but warmhearted and known for his animal-like senses and intuition. The two gradually develop a close partnership when they attempt to track down James, the cold-hearted and ruthless leader of an armed criminal organization. Using his unmatched intelligence and strategy, James manages to evade their radar every time. Now Hwang and Yoon-ju must do everything they can in order to find him and stop him. It’s not often that a remake surpasses the original, but Cold Eyes, the Korean adaptation of the 2007 Hong Kong thriller Eye In The Sky, pulls it of. Directors Eui-seok Jo ( The World of Silence ) and Byung-seo Kim ( DOP of Hindsight ) keep you on your toes from start to finish thanks to flawless editing, high paced storytelling and well defined characters. Cold Eyes was one of Korea’s biggest box office hits in 2013, was praised by critics and saw Hyo-ju Han ( who plays Yoon Jo ) win a Blue Dragon Award for Best Actress. Not bad at all for a remake.