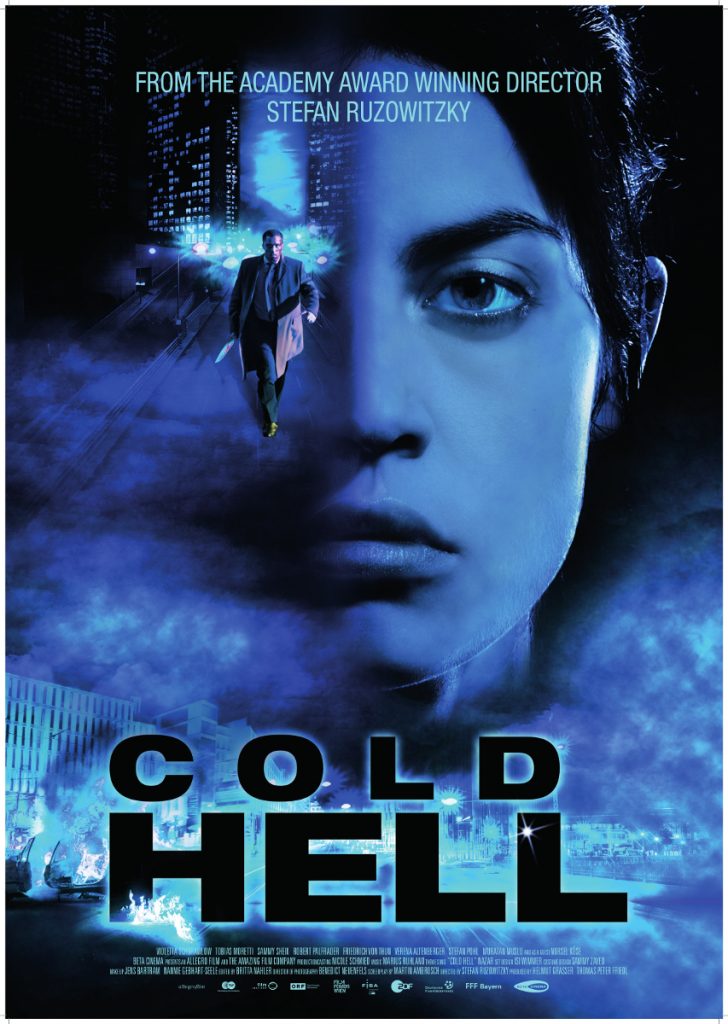 Özge is a young Turkish-born taxi driver in Vienna who attends evening classes and is also an ambitious Thai-boxer. She rarely speaks and trains hard. Özge is a woman doing a man’s job, having escaped from her family’s suffocating patriarchal pressure. One night, when returning home she witnesses an extremely brutal murder in the opposite apartment block. And while the killer’s face is obscured by darkness, he has more than enough time to get a good look at Özge. When she alerts the police, she’s questioned by Christian Steiner, a burnt-out shell of a man who’s suspicious of people with foreign backgrounds. Some years ago his wife left him, taking their child with her. Since then Steiner has been living with his father and cares for him as best he can. He finds it very difficult to trust other people, especially women. Yet, this is the man Özge will have to rely on, as the killer is now coming after her. Award winning Austrian director Stefan Ruzowitzky has made videoclips for the likes of The Scorpions, N’Sync and Justin Timberlake, has directed box office hits (Anatomy, 2000), critical successes (The Inheritors, 1998) and Oscar winners (The Counterfeiters, 2008). Cold Hell, shot in his native Vienna, is a ruthless thriller with a courageous and resourceful heroine (Violetta Schurawlow as Özge) and starring grizzled veteran Tobias Moretti (Therapy for a Vampire) as Inspector Steiner.