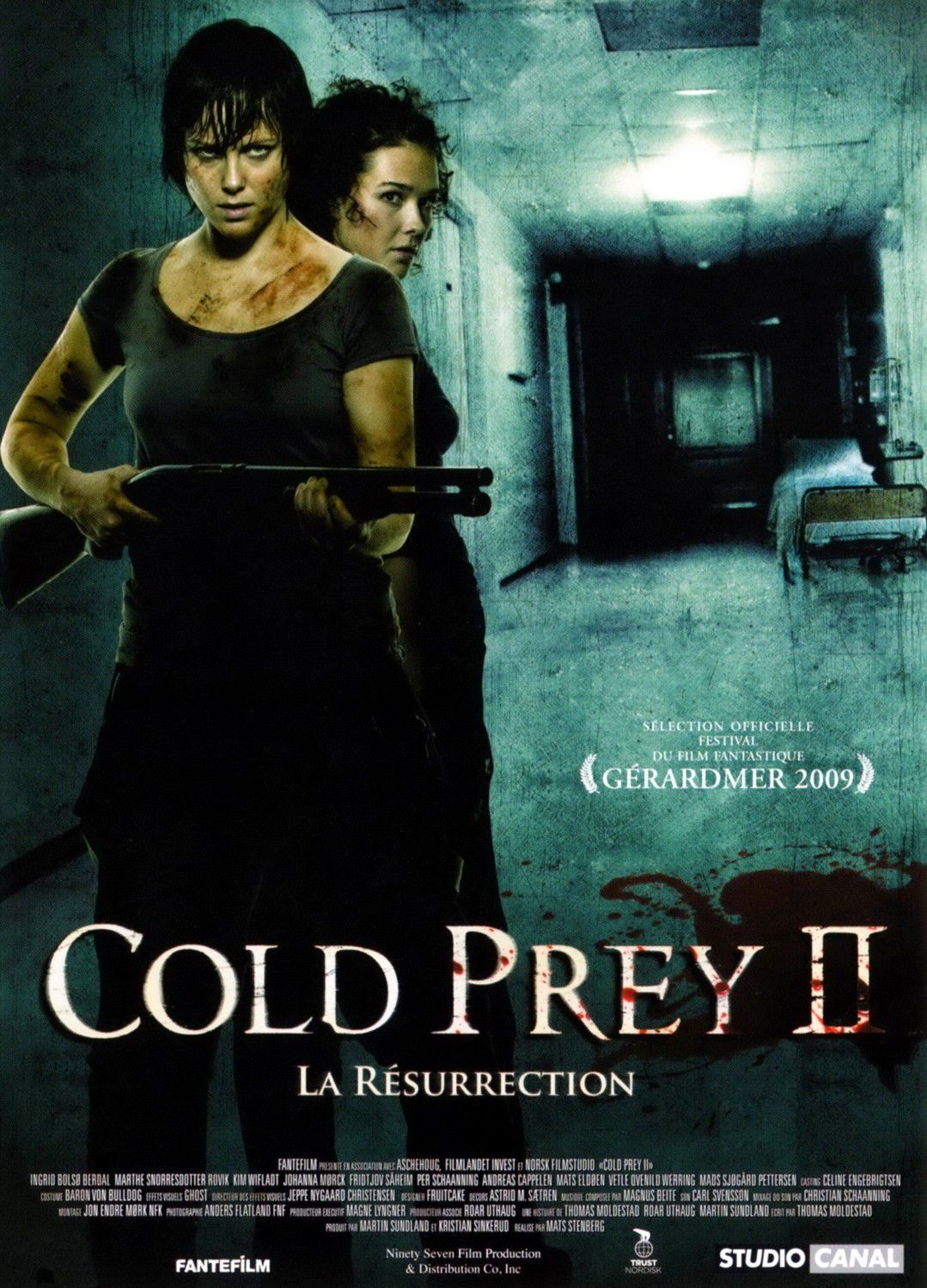 At the end of Cold Prey 1, Jannike made it out alive but all her friends have been killed. So, does this mean that the abominable snow killer responsible for the massacre is also dead ? Cold Prey 2 : It was actually a very close shot. A forest ranger found Jannike severely injured and half frozen in the middle of the road. He drove her to a hospital where she now recovers in a bed. The cops are nevertheless suspicious. At first they don’t believe her when she tells them her harrowing story. But a painstaking excavation reassures them regarding her mental health. The alleged bodies are found and brought back to the hospital morgue, including the one of the killer. When Jannike hears about it, she panics and immediately wants to kill him again. Could she have lost her mind after all ? The first installment of Cold Prey was one of Norway’s biggest hits in 2006 and its lead actress, Ingrid Borso Berdal, was awarded the “Amanda” ( the local equivalent of the Oscar ), for best actress. In the lineage of the best slashers, the film showed a group of youngsters lost in the snow and finding shelter in what looked at first sight to be an abandoned hotel. They were confronted be a killer whose trademark was to throw his victims in a crevasse. At least there they kept their cool ! Given the previous success, this sequel benefited from bigger means and was handed to another director, Mats Stenberg, who – in addition to the original suspense – made the action even more hectic.