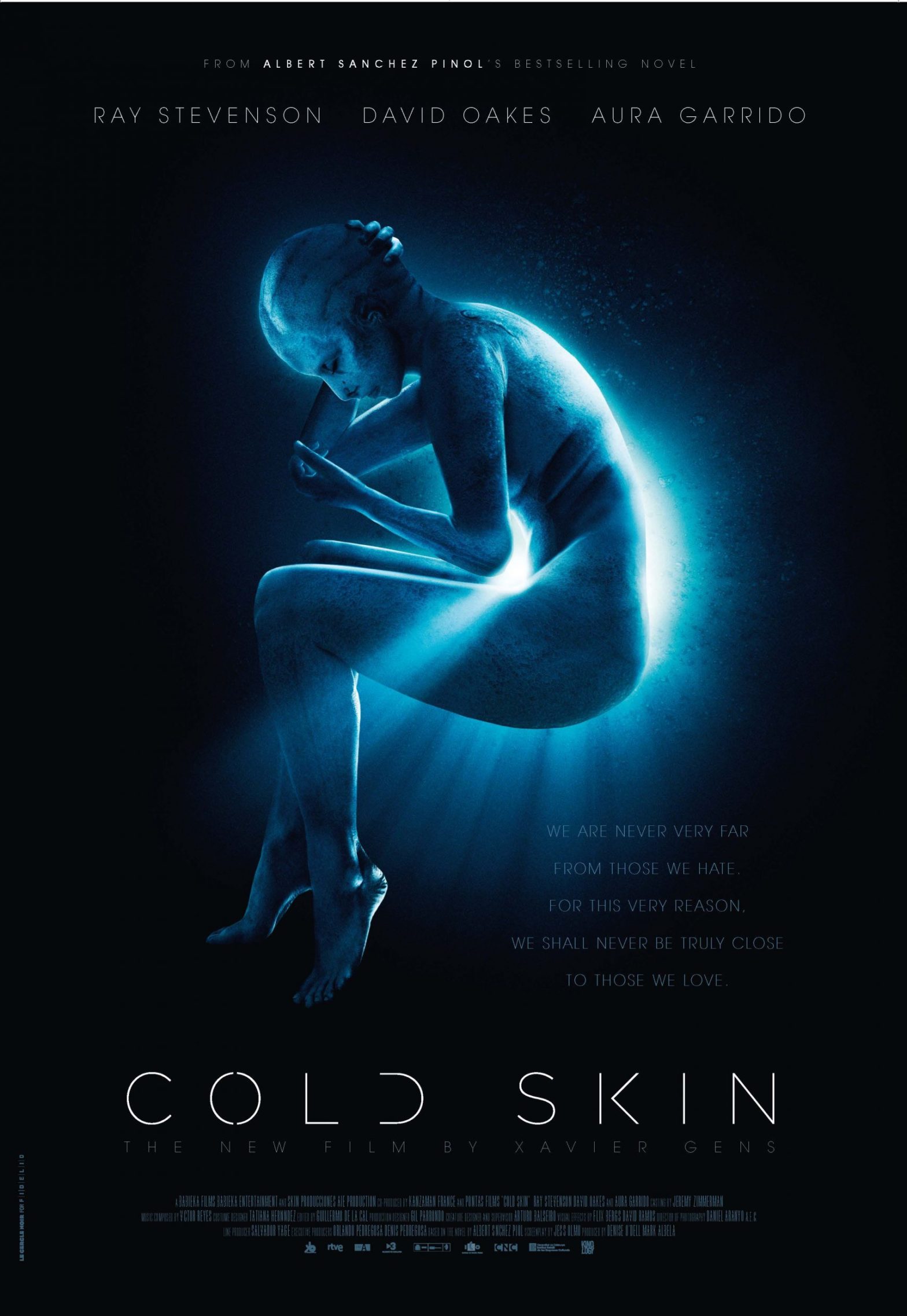 1914. A ship drops off a weather official at a remote island in Arctic waters. He’s supposed to stay for a year to do meteorological research. The man he replaces is reported to have succumbed to typhoid fever. At least that’s what the island’s sole other inhabitant, the grumpy lighthouse-keeper, claims. He’s not exactly a charming man and he tries to make his new neighbor’s stay as uncomfortable as possible. And why does his lighthouse look like a fortress, including an armor-plated door and razor-sharp spears ? It seems they’re not the only inhabitants of the tiny island. Night after night they’re being visited by malicious creatures that rise from the sea and want to kill them with a vengeance. Or maybe the monsters are being lured by their next of kin, who lives with the lighthouse-keeper like a tamed animal ? Cold Skin, based on a Catalan bestseller, is a stimulating breed of horror thriller and philosophical tale. We know filmmaker Xavier Gens (The Hitman) from The Divide (BIFFF 2012) and Frontiers (BIFFF 2008). With the help of Ray Stevenson (Thor-trilogy, The Big Game, Divergent) as the misanthropic lighthouse-keeper and