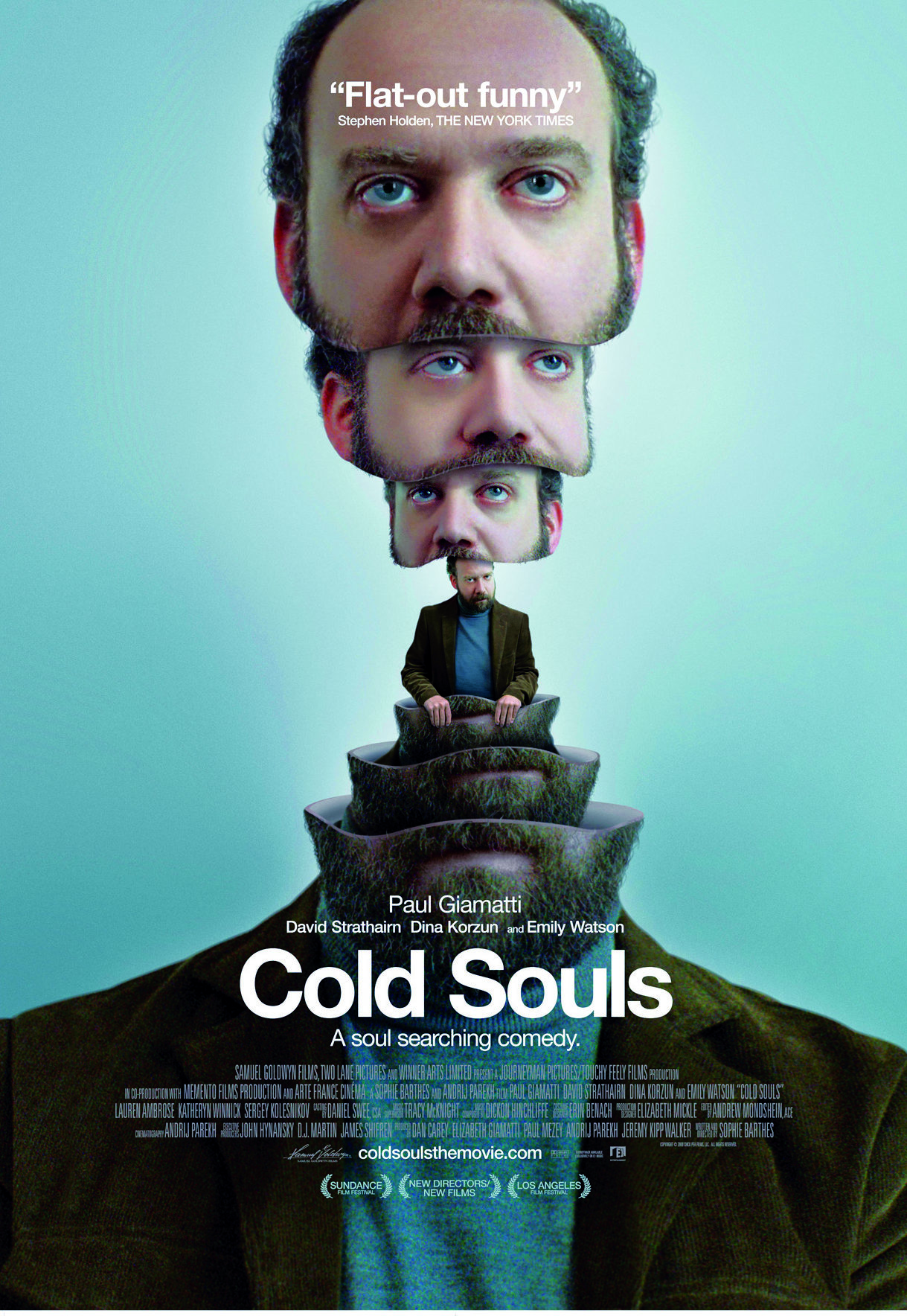 Actor Paul Giamatti (played by Paul Giamatti) has difficulties with his part in Chekhov’s Uncle Vania on Broadway. He just can’t seem to connect with his character. Desperate, he visits an alternative clinic that can extract souls and give you some rest from the existential anxieties of life. At first, Paul is satisfied with his inner being stored in an icebox, but he soon starts to feel a little… stupid. Fortunately, the clinic has foreseen everything : he can rent somebody else’s soul. Unfortunately, it’s that of a profoundly melancholic Russian poet. Even worse, his own soul has been stolen and sold to the girlfriend of a mobster in Sint-Petersburg who thinks she’s gotten what makes Al Pacino tick. French-born, American trained Sophie Barthes’ first feature has nothing but lofty references and influences. Think about the nutty world of Charlie Kauffman, the neurotic characters of Woody Allen, the surreal tales of Bunuel and Cortazar. And let’s certainly not forget Gogol’s Dead Souls.