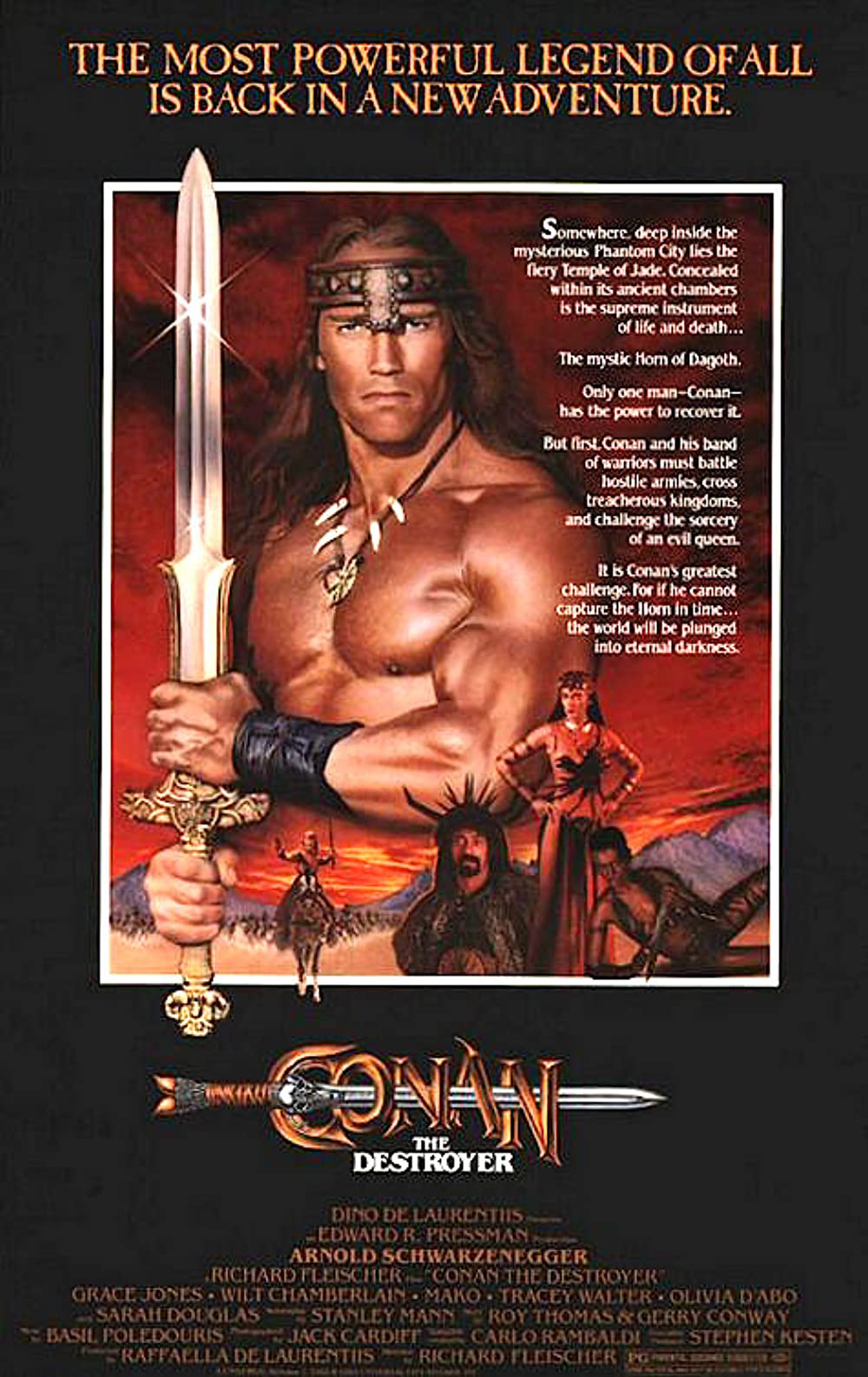 Conan agrees to go on a quest given by Queen Taramis because she promised him to resurrect his loved one, Valeria, in exchange for that service. The Cimmerian warrior will have to escort Princess Jehnna during a long journey in enemy territory to retrieve the magical horn of Dagoth, which will give great fortune to the kingdom…
Fiercer, angrier and more destructive than ever, just like a relentless killing machine, Conan is back on new adventures, driven by a thirst for the absolute and a despair so intense it makes him believe he can beat Death itself!
“If Millius gave us a mystical and powerful Conan that he was far from the original work, Richard Fleischer (‘Fantastic Voyage’, ‘Soylent Green’) went for a version that is as close as possible to Howard’s work. He directed a pure action movie, going back to his roots (‘The Vikings’) where humor is prominent.
Arnold Schwarzenegger (‘Terminator’) assesses his comedian work by playing a stone-faced character whose eye (burning with rage or aghast with the effects of magic) and jaw, firm and determined, betray the incredible mobility that makes his incredible musculature.” (C. Karani). The former model and queen of disco Grace Jones plays a hot-blooded and eccentric warrior.