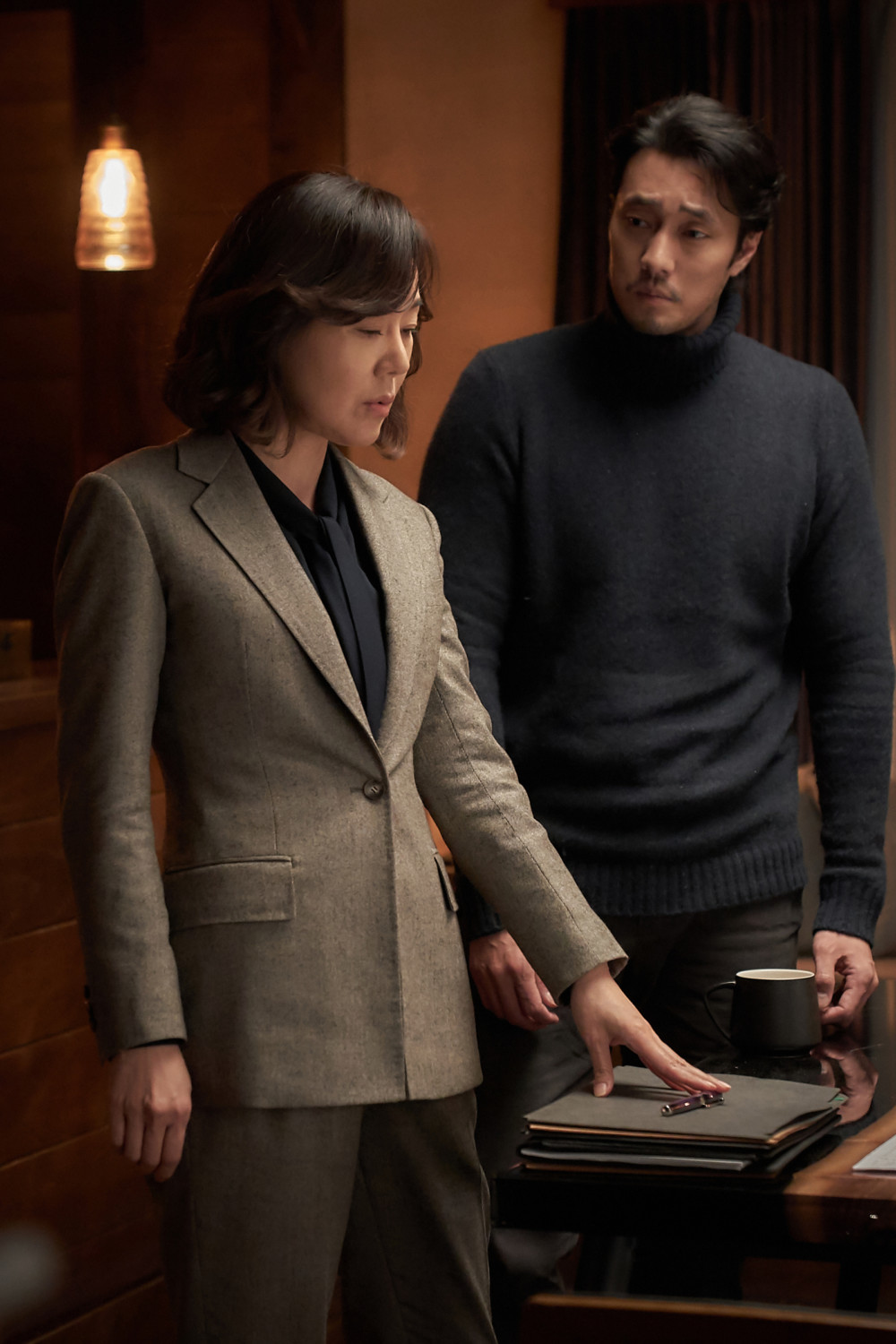 Even casual BIFFF-buffs know the crucial importance of shouting “Left!” or “Right!” at the right moment, whether it’s about a ghostly carriage racing through the night or when you’re behind the wheel of a luxurious company car on the icy roads of the South-Korean countryside. Yoo Min-ho, freshly named Businessman of the Year, is on his way back from a wintry weekend canoodling with his mistress in his country house. At a crossroad he decides to turn right, away from the main road on the left. According to GoogleMaps, it’s two minutes shorter, but it’s going to cause him a shitload of trouble. Flash-forward several weeks. The police find him in a hotel room locked up from the interior with the lifeless body of his mistress lying at his feet. He claims innocence, but no lawyer is willing to risk defending him. Except maybe Shin-ae, freshly named Lawyer of the Year, on the condition that he confesses to her during one, long nighttime talk how things really went down. What happened on that ominous shortcut? And what’s the link with the murder? But at sub-zero temperatures, you know it’s much harder for the truth to surface… If all that sounds familiar, you probably saw Oriol Paulo’s THE INVISIBLE GUEST (BIFFF 2017) or any of its plethora of Italian, Indian or Chinese remakes. Now it’s time for the Koreans to smear their fingerprints all over it. The result reaches Hitchcockian heights of potboiling suspense and table-turning rapture, with an added frosty layer of darkness.