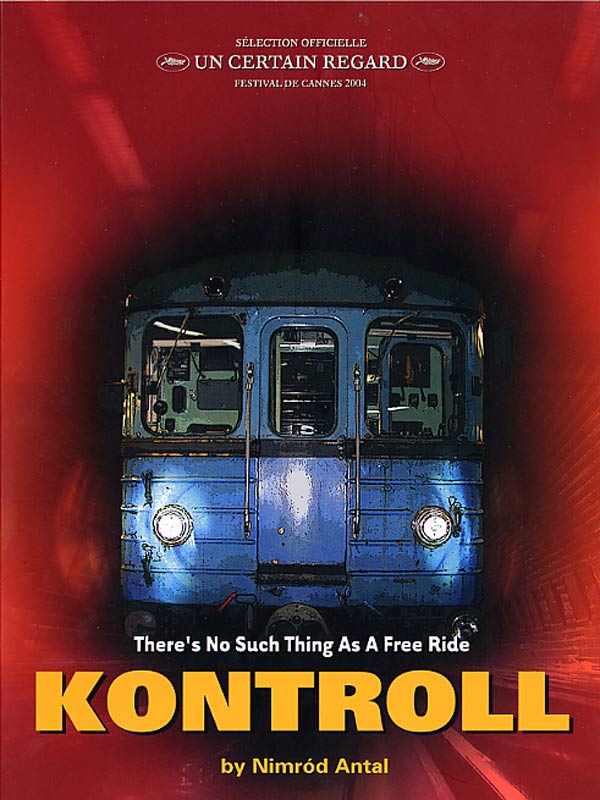 On the Budapest metro, the ticket inspectors or the “kontroll” are universally despised. And within the hierarchy of inspectors itself, the ragtag gang of misfits led by twenty something Bulscu are the lowest of the low. Bulscu has gone underground to escape from his past and from himself. He never leaves the subway, sleeping on platforms and in passageways. Together with the professor, novice Tibi, the scrappy Lecso and narcoleptic Muki, he spars with wacky passengers and stern management while pursuing a mysterious hooded figure who shoves unsuspecting waiting passengers in the path of oncoming trains. When security cameras record notorious fare-dodger Bootsie being pushed under a train with only Bulscu in the vicinity, suspicion falls on him. With his self-imposed underground exile in danger, he now has to prove his innocence and confront the killer. Kontroll is the fast-paced, audacious and energetic debut of American-born Hungarian writer-director Nimrod Antall. He has transformed the Budapest metro into a netherworld of shadowy and imposing architecture, potentially deadly metal boxes on wheels and surging electricity, populated with pimps, soccer hooligans, raves, lost tourists and even women in bear suits. It’s no surprise that this thrilling joyride of a movie was Hungary’s biggest box-office success of 2003.