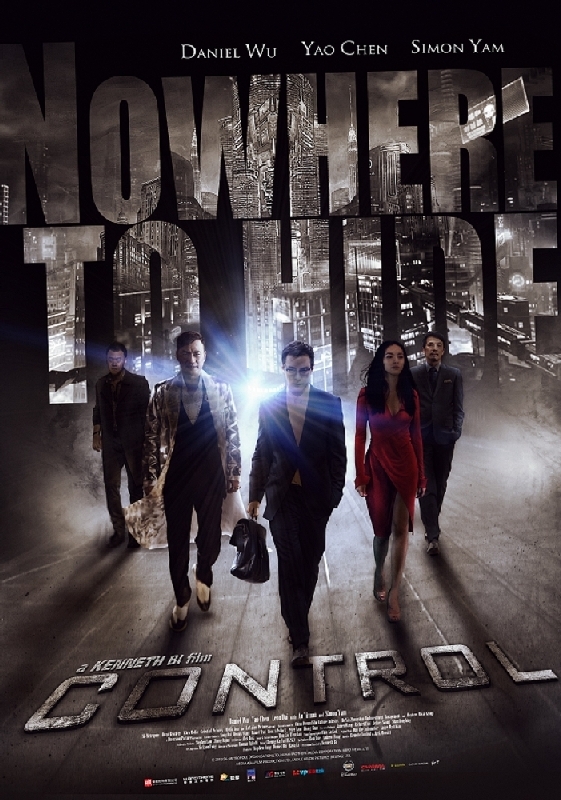 As a devoted son, Mark makes the difficult decision to withhold evidence in court for his employer when told to do so. The promotion he gets, allows him to move his aging mother to a nicer retirement home. But his action sets off a chain of events starting with a threatening call from a blackmailer, The Voice, who informs Mark it has emptied his bank account but would replenish it so long as Mark follows his instructions to the letter. The Voice then orders Mark to rob a bank where he must enlist the assistance of Jessica, his childhood sweetheart, by coercing her. Mark continues to be forced to do The Voice’s bidding, including raiding a group of drug dealers. When Mark completes his mission and tries to ambush The Voice, it outmaneuvers him and makes off with the goods and cash. Later, Mark finds his own money returned to his bank account and he returns, relieved, to his everyday life. Until the phone starts to ring gain… The futuristic Chinese techno-thriller Control is a dazzling game of manipulation and deceit. Director Kenneth Bi (The Drummer, Girl$) guides us through an intrigue that becomes ever more complicated without loosing track of things and delivers a twist at the end which puts everything that went before into a different light. With Daniel Wu (Tai Chi Hero, The Man With The Iron Fists), Simon Yam (ip Man, Election, The Thieves) and Chen Yao (Firestorm).