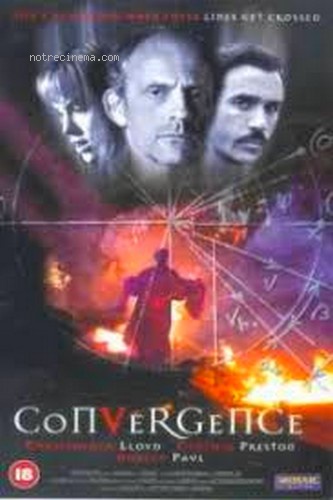 Seattle reporter Ali Caine goes undercover to expose the shady world of tabloid journalism. Teamed with Morley Allen, a cynical veteran, the two investigate exaggerated truths and fictuous claims. But then everything changes when a series of events starts to alter her life. A patient in a psychiatric hospital accurately predicts several deaths, including Ali’s best friend. A young boy bleeds from his hand and feet and Brady, a mysterious man obsessed with death, becomes her new lover. Suddenly, the improbable stories she’s reporting about are becoming real and the fine line of reality is fading. At first it seems coincidental, but Ali soon discovers that it is not. The fabric of her life begins to unravel as she realizes these extraordinary experiences are all connected to her past. She should have died at fourteen. Ali was the sole survivor of a plane crash. She cheated fate and survived, upsetting the natural order of things. Now her past and present are converging head on as her fate is finally restored. The consequences will terrify you.
There are places on earth where powerful lines of energy intersect. At these points, strange things happen. This is known as “Convergence”. Convergence is the exciting new film from the talented young director-writer Gavin Wilding. After sharpening his skills on romantic comedy (The Raffle with Mark Hammill), psychological thriller (Listen with Brooke Langdon) and high tension drama (Stag with Mario Van Peebles, Kevin Dillon and Andrew McCarthy) he now takes on fantasy. What happens when tabloid headlines become reality is something that Cynthia Preston (Whale Music) will find out as Ali Caine. Adrian Paul, star of the Highlander Tv series, is her strange new lover Brady. And Christopher Lloyd (the Back to the Future trilogy, Who Framed Roger Rabbit, Things to do in Denver when you’re Dead) stars as the tired old reporter Morley Allen.