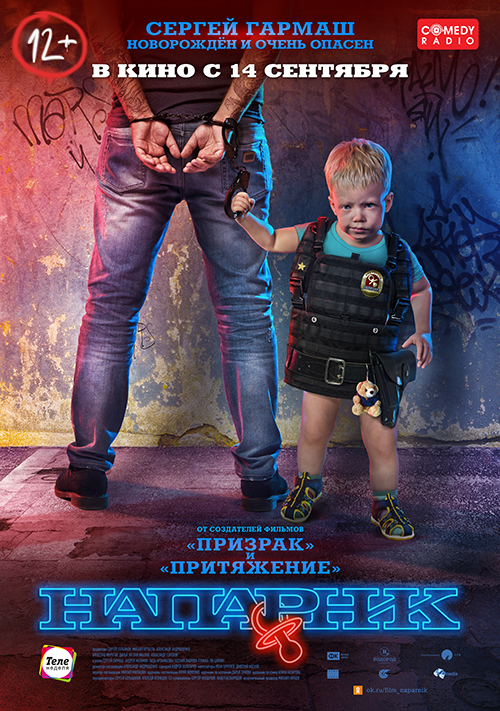 Igor Khromov has just spent a year undercover in the prison cells of Vladivostok. Obviously, to make friends with the local triads you can’t really chose the setting and it’s not by picking up the soap from the shower floor that you’re gonna earn their respect. Supposedly on parole, Khromov continues his mission in the outside world. But just as he is close to his goal a godforsaken fortune teller throws him a curse. A few gun wounds later he falls asleep in the hospital only to wake up… in the body of a newborn! Cursing his bodily limitations and his mushy parents he has to wait a year before he is ready to reopen the case. And now that he can finally speak and doesn’t shit his pants anymore, he is unstoppable! It’s with the voice of an old Clint Eastwood that he reveals himself to his adoptive father Oleg, a policeman too. Although he seems impressive, compared to his son snuggled into a maxy cosy, he’s the Punisher of petty crimes. But he’s our ex-special forces agent only hope. Igor has no choice but to guide Oleg into the world of treacherous whores, hard drugs and daily executions. Since Freaky Friday, body swapping has almost become a genre of its own. But this time our Russian friends have spiced it up a little with a pinch of The Boss Baby and Lethal Weapon. The result is a feel good-fantasy movie with a Vladivostok twist.