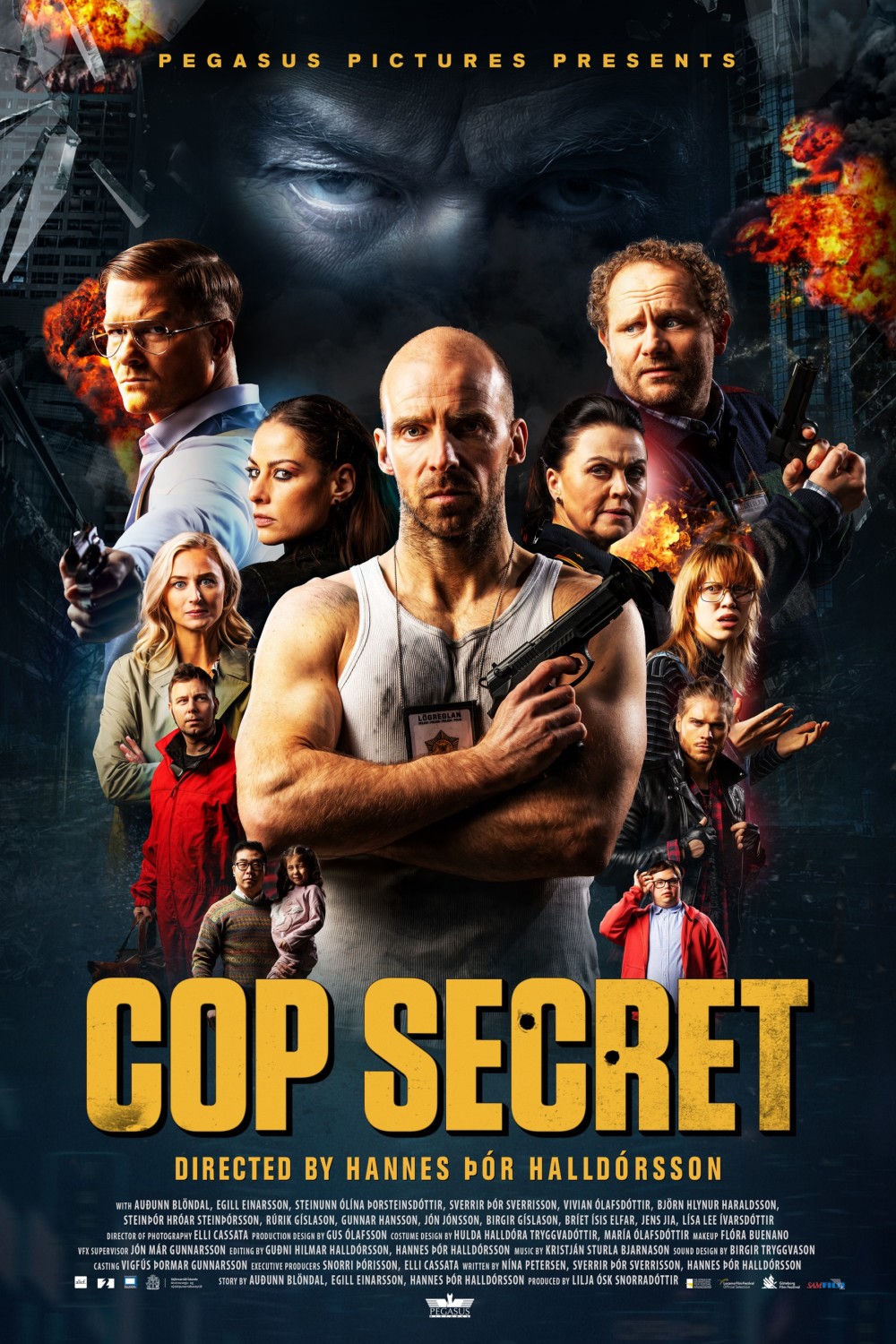 Bússi, considered the toughest cop in Reykjavik, has all the hallmarks of the alpha male who overcompensates with his big American sled, astronomic Hemingway-levels of alcoholism and a “fuck rules” attitude. But hey, it works! The entire criminal world is afraid of Bússi… But when he accidently shoots his teammate in the shoulder (drinking doesn’t improve accuracy!), his superior forces him to work together with his worst enemy: Hörður, a metrosexual, vegan supercop who just loooves lotions. Together, they’re going to investigate a series of daring robberies in which the thieves… steal absolutely nothing! The trail quickly leads to mastermind Rikki Ferrari, a psychopath who only speaks in English (even though he’s as Islandic as the Fagradalsfjall volcano) and who’d love to see a fireworks of human flesh as the big climax of the Euro final between Iceland and England… A queer version of BAD BOYS with two boys who are very naughty indeed… COP SECRET is the cinematic equivalent of a 90-minute orgasm of all the over-the-top 80’s action flicks – from DIE HARD to TOP GUN – all rolled up in pure, uncut fun. Rapid-fire gags at the speed of an AK47, a subtext that pokes fun at toxic masculinity and breathtaking action scenes. And the weirdest of all? Director Hannes Þór Halldórsson is a former football player for the Icelandic national team!