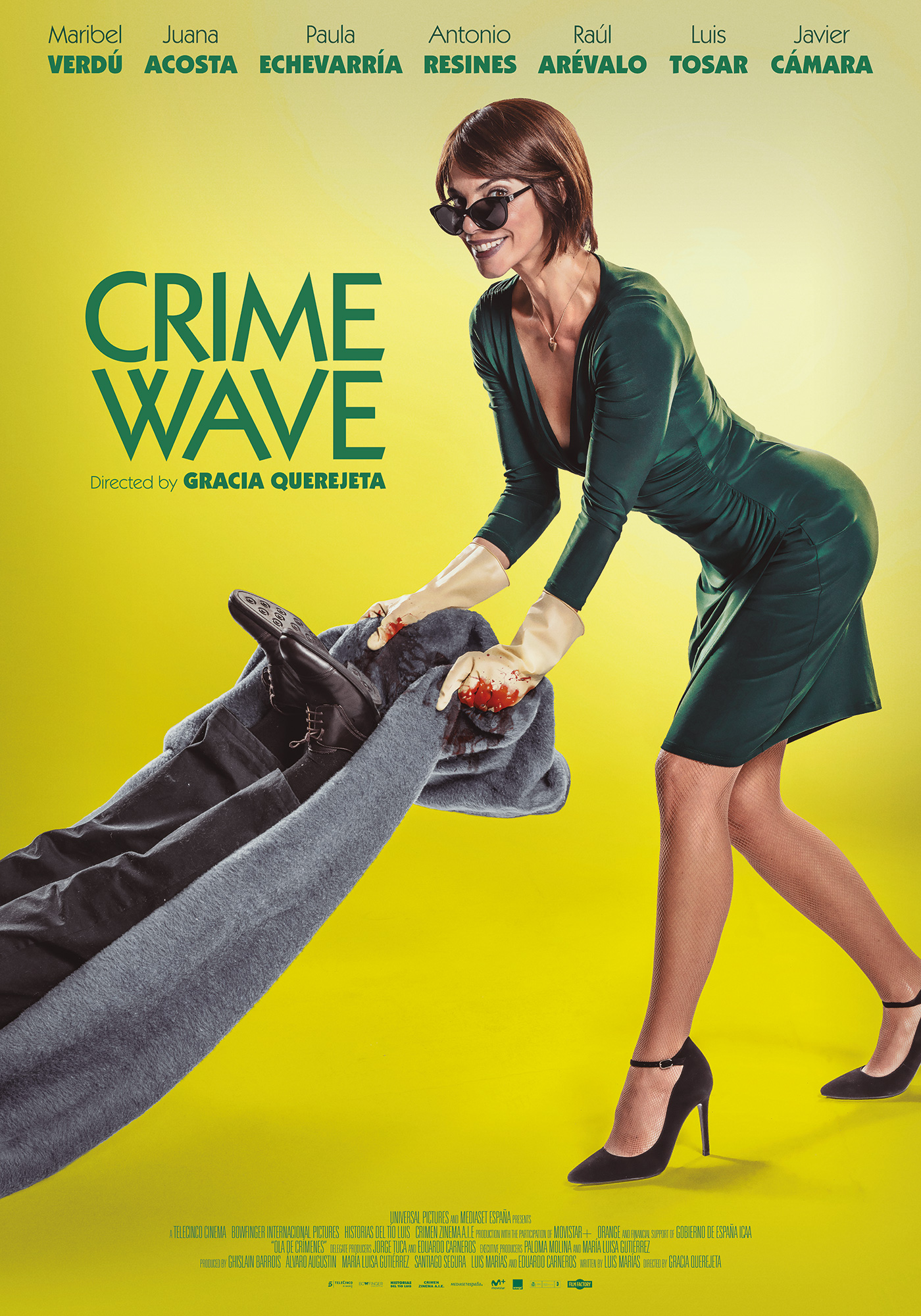 A woman comes to confession at church. Big black sunglasses, arm in a plaster cast, heels that are too high to walk on. I’m responsible for the crime wave in Bilbao, she says. Ay Dios mío, the priest responds sighing wearily. Lyere is a well-to-do woman who’s never had a lot of problems until her son kills his arrogant father in a fit of rage. Desperately, she tries to cover up for her son, which clumsily results in more and more troubles. She’s chased by her ex’s greedy wife, her lawyer, and a corrupt detective. Things go from bad to worse when her dementing mother and her son’s friend, who is hopelessly in love with her, decide to help out. This hilarious dark Spanish comedy makes you almost want to end up in such a risky situation. Maribel Verdú (BLANCANIEVES, BIFFF 2013) plays the nonchalant, panicky Lyere who will do everything to keep her son out of prison. In CRIME WAVE, set in beautiful Bilbao, we see one touristic highlight after the other on the silver screen. Slowly but steadily, the body count goes through the roof. That’s one moron less, are the dementing mother’s wise words.