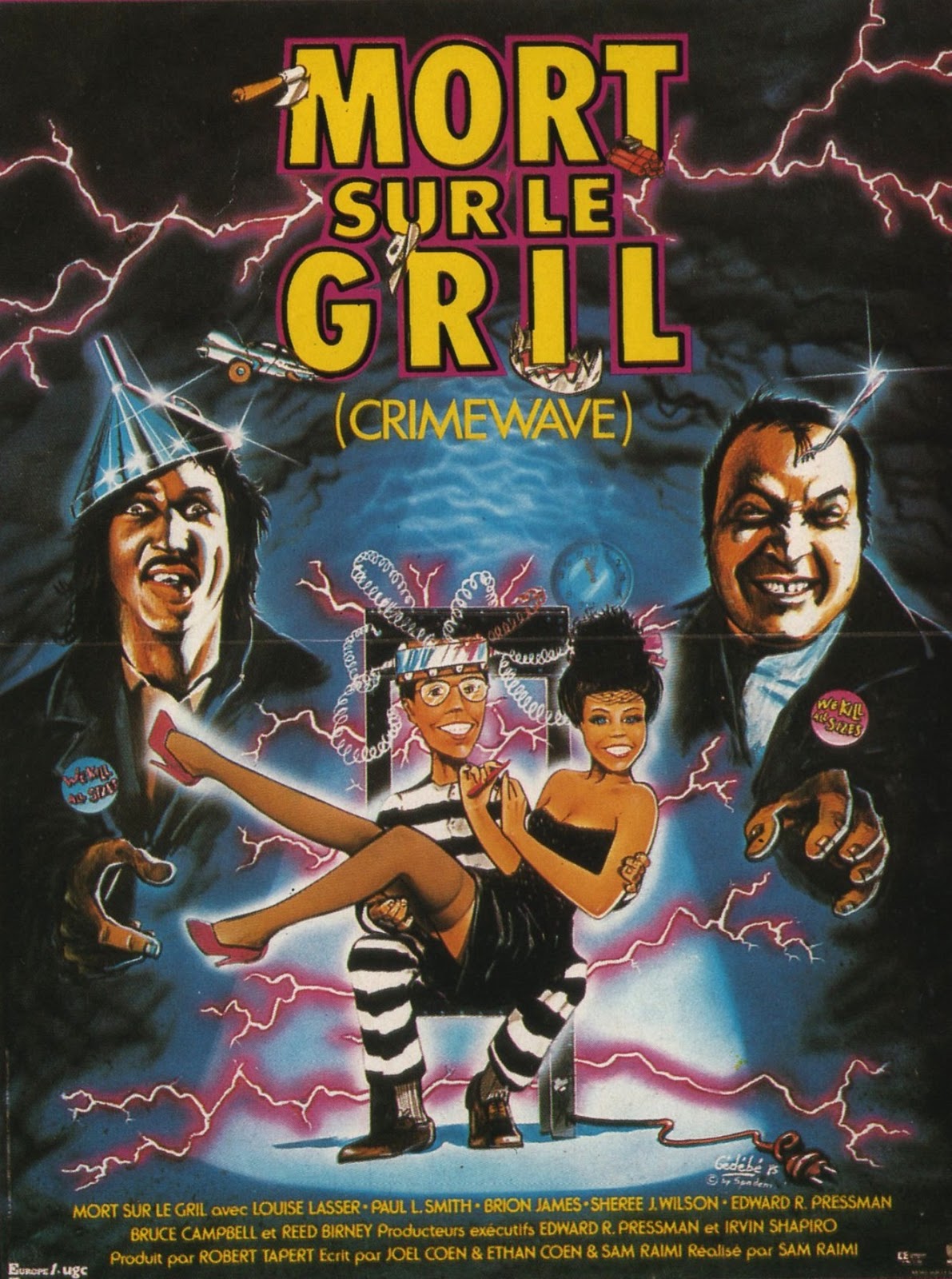 A judicial error… what if that happened to you, you’d think. And nevertheless… pulled along in a whirlpool of unbelievable events Vic sees his death by the electric chair coming closer and closer.
With his first film ‘Evil Dead’ Sam Raimi (then 23) was immediately considered a Grandmaster of gruesome. Ever since he wants to prove at all costs that he is capable of more than portraying a bloody slaughter. Sam Raimi recruited the Coen brothers (authors of the terrific Blood Simple) and committed an anarchic assault to the comic film world with ‘Crimewave’. His passion for comics, film noir à la Bogaert and burlesque humour resulted in startling film madness. Starring Paul Smith (the prison commander in Midnight Express) and Brian James (an android from Blade Runner) as professional killers