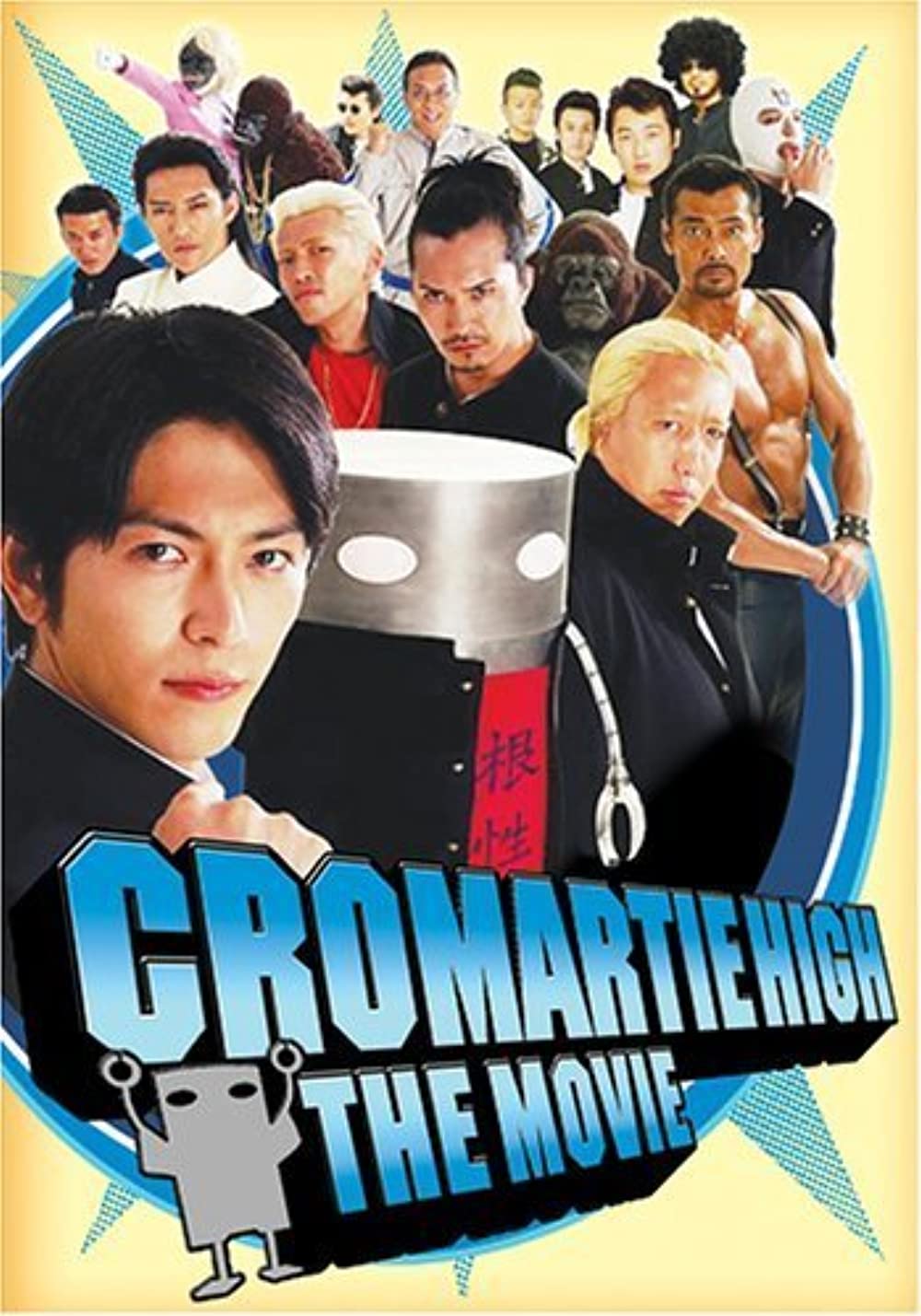 Back in middle school, Takashi Kamiyama made a pact with his best friend that they would both apply to the worst high school known to man in an effort to make it a better place. However, Takashi never anticipated that his friend wouldn’t even pass the ridiculously easy entrance exams. Now he finds himself in a deranged wacked-out school of delinquents. He’s got to deal with a suspenders wearing macho man named Freddie, a 400 pound gorilla and the highly respected robot student Mechazawa. If that’s not enough, in walks Takeshi Hokuto, a snobby gangster kid who wants to take over the school. And let’s not forget about those nasty aliens who want to destroy humanity ! Cromartie High School is an adaptation of the hugely successful manga by Eji Nonaka. Self referential and highly irreverent, it’s full of insane humor, slapstick and satire, creating a movie that’s as smart as it is absurd. Director Yudai Yamaguchi, screenwriter of Ryuhei Kitamura’s Versus and Alive and director of Battlefield Baseball, ignores linear story telling entirely and opts instead for a series of inventive and rapid comedy moments. The fantastic visual style, the richly detailed characters, the bursts of stylish action, visual gags and film references make Cromartie High School crackle with energy from start to finish.