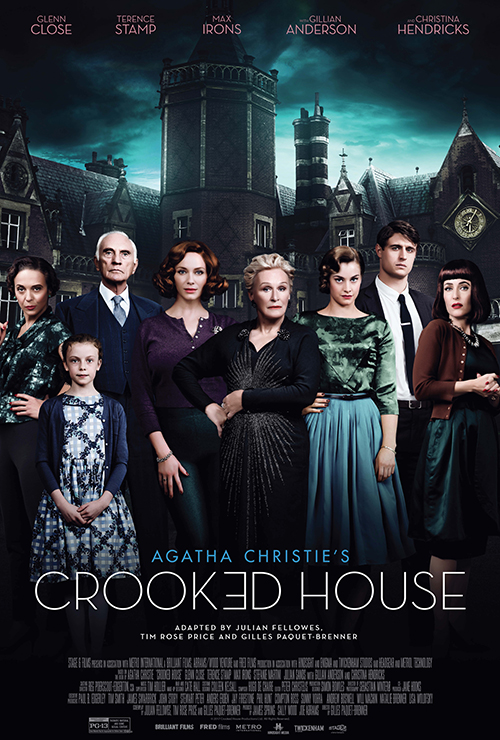 Private investigator Charles Hayward met Sophie de Haviland while he was stationed in Cairo for the secret service. Their brief affair has long faded away when she enlists his urgent services for a small matter: the death of her stinking rich grandfather Aristide Leonides. This Greek immigrant made his fortune with his own business empire (which has nothing whatsoever to do with chocolate – Belgian, Greek, or otherwise). One day he’s found quite dead in the luxurious country estate where he holds court with his extended family. According to the will, his trophy wife stands to inherit everything, but Sophie smells a rat. It turns out that just about every family member has their own personal reason for offing granddad… Our Sherlock will have an uphill task finding the real culprit! We have known French filmmaker Gilles Paquet-Brenner ever since his murderously efficient horror thriller Walled In (BIFFF 2009). In Crooked House, he adapts the ever so British Agatha Christie. He attacks the convoluted plot with lots of style and an impressive list of acting talents, including Glenn Close (Fatal Attraction), Christina Hendricks (Mad Men), Max Irons (The Host), Terence Stamp (The Adjustment Bureau), Gillian Anderson (The X Files), and Julian Sands (Warlock).