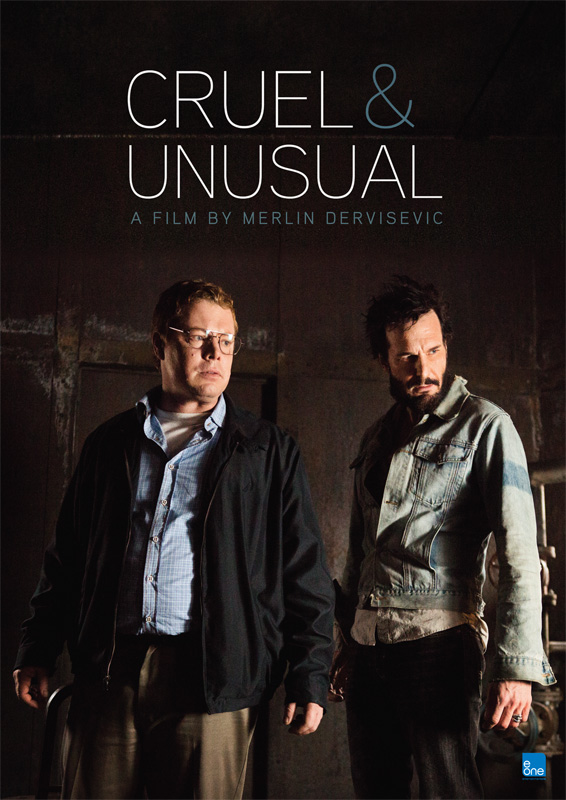 A man and his wife die in each others arms. The husband, Edgar, finds himself condemned to a special place in hell, blamed for her murder; a fact he refuses to accept. His punishment is to eternally re-live that last dreadful day. First, he inhabits the body of Maylon’s son Gogan, and discovers that the young boy is being bullied at school and hates his new home. Then, Edgar inhabits the body of his brother Lance, who witnesses how trapped Maylon feels, unable to escape the oppression of Edgar’s idea of love and marriage. Finally, Edgar inhabits the body of Maylon and sees how he threatens the well-being of her son. Learning that his only escape is through enlightenment, he enlists the help of fellow inmates and devises a plan to end his horrific cycle. Ultimately, he comes to understand that the opposite of innocence is not so much guilt as it is responsibility. Cruel & Unusual, Merlin Dervisevic’s first long feature, draws its strength from a script that is as promising as its title suggests. The pieces of the puzzle are slowly put together until they reveal a mechanism that is as diabolical as it is astounding. This modern reinterpretation of the Sisyphus myth is carried by the performances of Michael Ecklund ( Watchmen, The Divide ) and Michelle Harrison ( Paycheck, The Invisible ).