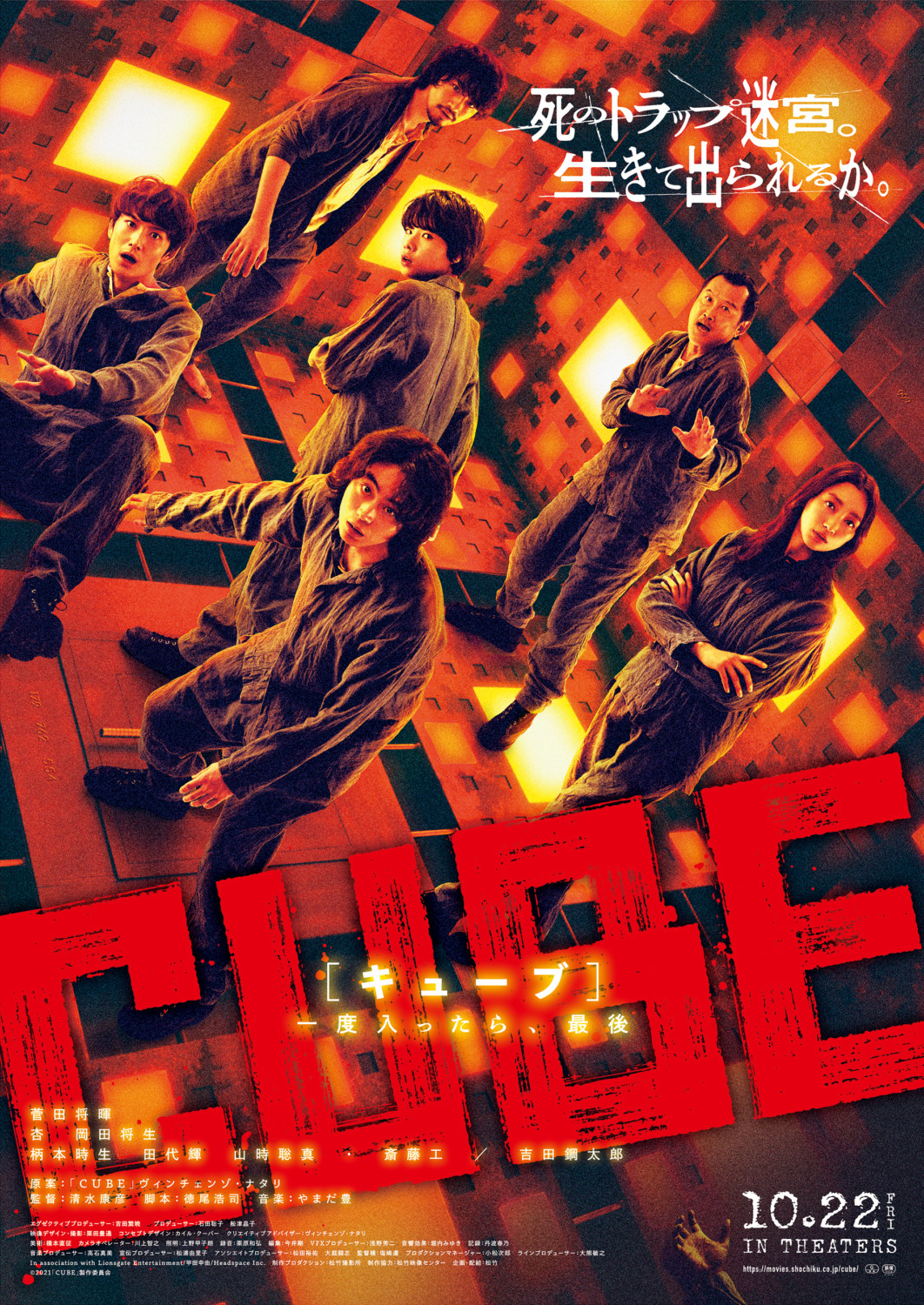 After CUBE, CUBE 2: HYPERCUBE and CUBE ZERO (sometimes also called CUBE3 or THE CUBIC CUBE) it got frightfully quiet in Crazy Cubetown. Has the Cube no more sides to turn? Hah! Leave it to the Japanese to take CUBE to the next level! Tinkering with the same basic ingredients of the original (six strangers awaken in a gigantic cubical complex and together will have to cope as best as they can with a dazzling set of hi-tech, highly creative and highly lethal booby traps in order to maybe, hopefully find an exit, with much booth-throwing, nerdy math equations and social tension to be had along the way), director Yasuhiko Shimizu immerges us in a visually and sonically spectacular experience that feels equal parts familiar and wholly different. Among the unfortunate guinea-pigs trying to outrun the clutches of cubic death figure a lot of promising young actors such as Masaki Okada, mostly know for the very un-BIFFF-like DRIVE MY CAR, in full-on Jack Torrance breakdown mode and the future Mr. (Shin) Ultraman, Takumi Soitah. Vincenzo Natali, the man from whose evil brain sprang the original CUBE in 1997, happily comes along for the ride as one of the two co-writers but leaves the director’s chair to Yasuhiko Shimizu. And the Cube itself in all this? Well, it received a well-deserved update and has frankly never looked better!