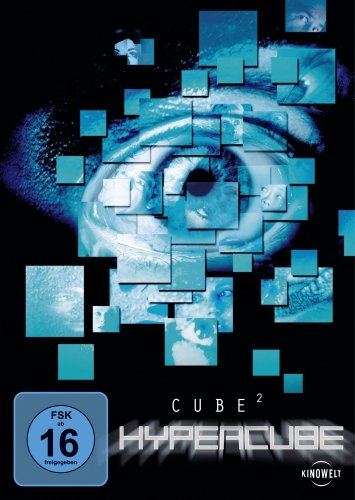 Eight strangers wake up in a cube-shaped room. None of them seems to know how or why they got there, but they quickly realize that their survival is dependent on unlocking the secrets of Hypercube. The unending and interconnected rooms are operating in the 4th dimension, where the rules of physics no longer apply. Each of the captives possesses a specific skill that will help them navigate the cube, but only one will survive it.

Andrzej Sekula, noted director of photography of Reservoir Dogs, Pulp Fiction and American Psycho stood behind the helm of this long expected follow-up to Vincenzo Natali’s groundbreaking Cube. Audiences will be transported to another dimension, as they watch the struggling victims tackle Hypercube’s new tricks and traps including The Razorsphere, a deadly flesh-shredding machine; The Cube of Light, a trap that ensnares victims in a sliver of light; and The Time Gear, a force that disfigures the body with the effects of time. We might now learn more about the how, the why and the when. But we will never know the where, in this stunning film realized with the surgical elegance of the first.